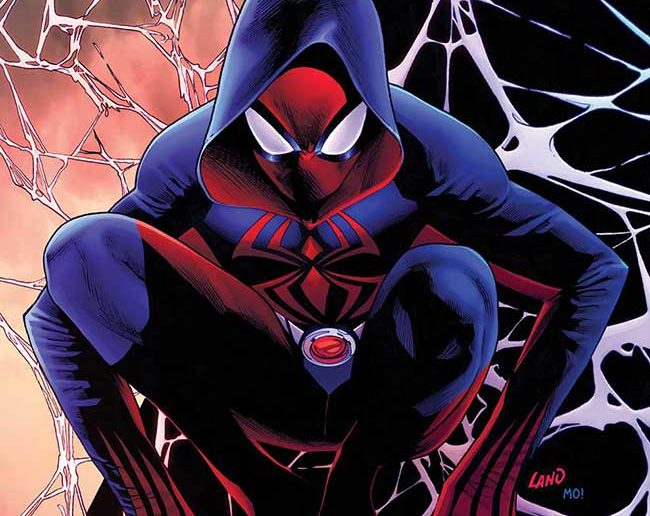 [Preview] Ben Reilly is back as The Scarlet Spider

As you probably learned from the Dead No More storyline, Ben Reilly is back, and he’s donning the suit as the Scarlet Spider. Marvel sent Major Spoilers a sneak peek of Ben Reilly: The Scarlett Spider #1 that arrives in at the end of April.

BEN REILLY: THE SCARLET SPIDER #1 (FEB170798)
Written by PETER DAVID
Art & Cover by MARK BAGLEY
Variant Covers by GREG LAND (FEB170799), TOM LYLE (FEB170800)
And J. SCOTT CAMPBELL (FEB170801)
Action Figure Variant by JOHN TYLER CHRISTOPHER (FEB170802)
That’s right, Ben Reilly is webslinging his way back into comic shops everywhere and he’s bringing two of the most accomplished & beloved Spider-Man creators of all-time with him! Only question is – will it be as a hero…or a villain? In the aftermath of The Clone Conspiracy, Ben Reilly has returned with a new lease on life. Not as Peter Parker’s clone – but as his own man. Will suiting up once more as the Scarlet Spider be enough to outrun his personal demons? All while being able to stay one step ahead of the man hunting him – Kaine Parker – the former Scarlet Spider?! More importantly, can you ever truly outrun your past? 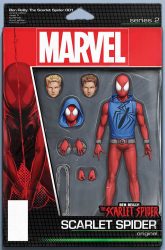 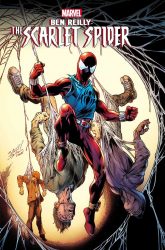 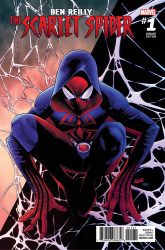 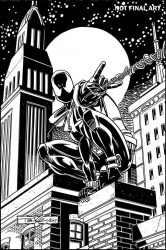 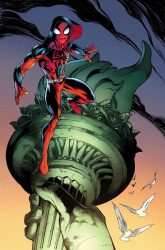 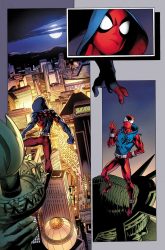 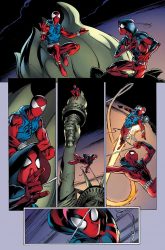