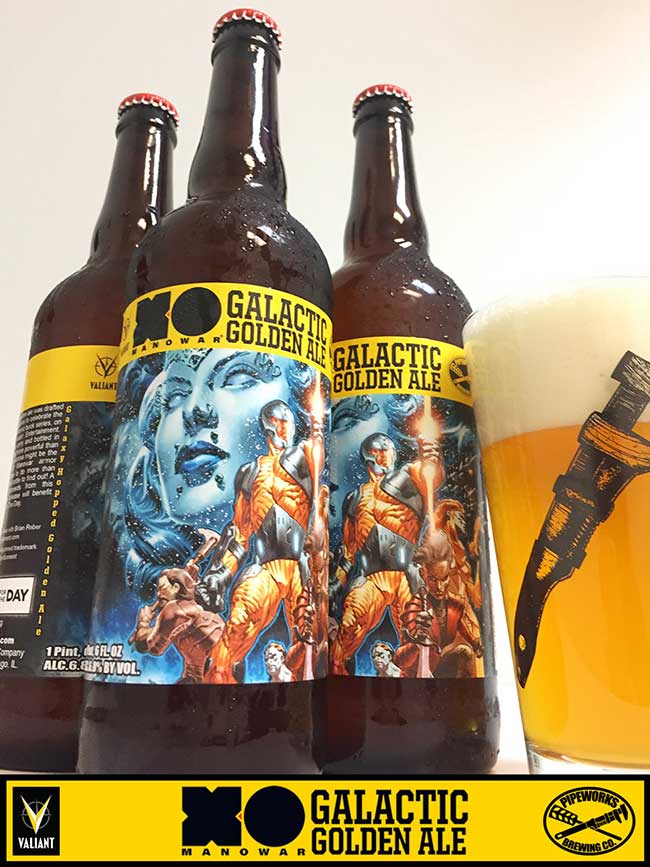 Looking to get your drink on at the upcoming C2E2? Valiant Entertainment and Pipeworks Brewing Co. have unveiled the X-O Manowar Galactic Golden Ale – a limited-edition beer debuting in April.

“All of us at Pipeworks Brewing Co. are very excited to offer up a juicy, dry-hopped golden ale brewed in collaboration with Valiant Entertainment,” said Pipeworks Brewing Co.’s Kate Brankin. “The beer was made with Galaxy hops and a yeast that lends incredible tropical notes. We couldn’t be happier with how it turned out. This craft beer pairs excellently with a well-crafted story arc and beautiful artwork. And we’re proud that a portion of all proceeds from this collaboration will benefit Hope for the Day, an organization that focuses on suicide prevention and mental health education through self-expression platforms.” Portions of the proceeds from the event will donated to Hope for the Day, for its suicide prevention outreach and mental health education projects.