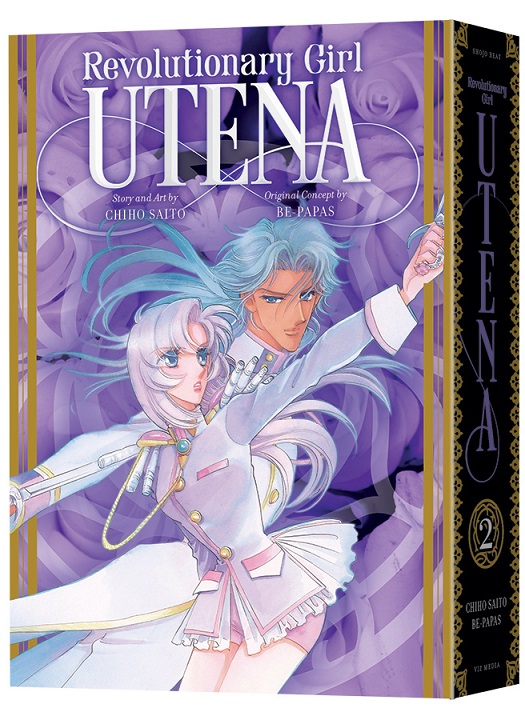 The renowned series, created by Be-PaPas and featuring story and artwork by Chiho Saito, returns in a deluxe set that includes all of REVOLUTIONARY GIRL UTENA and THE ADOLESCENCE OF UTENA, collected into two hardcover volumes. Exclusive color pages and a poster add to the exceptional release. The set is rated ‘T+’ for Older Teens and will be published under the Shojo Beat imprint with an MSRP of $49.99 U.S. / $64.99 CAN.

In the series, Utena strives to be strong and noble like the childhood prince she yearns to meet again. But when she finds herself seduced into the twisted duels of Ohtori Academy, can she become the prince she’s been waiting for?

“REVOLUTIONARY GIRL UTENA is a series that spearheaded the manga and anime wave sweeping North America in the early 2000s,” says Nancy Thistlethwaite, Senior Editor. “The series is renowned for its beautiful artwork and imaginative storytelling in its depiction of female empowerment and LGBT themes. This new complete deluxe box set edition is a fitting tribute to this modern classic.”

For additional information on REVOLUTIONARY GIRL UTENA as well as other manga titles published by VIZ Media, please visit www.VIZ.com.