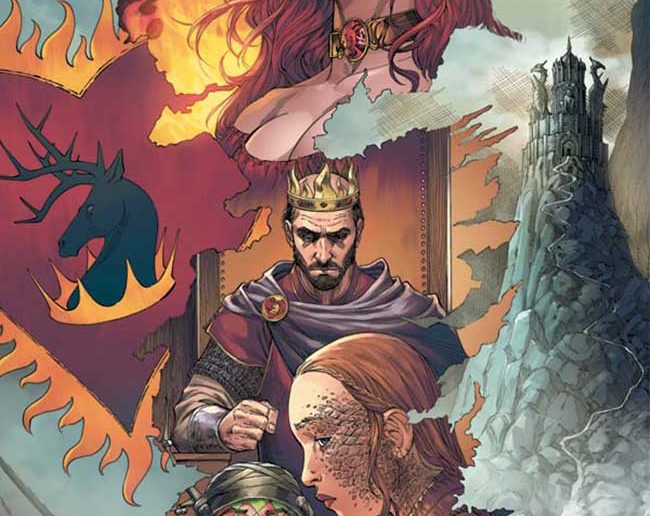 It’s been two years since Dynamite Entertainment released its last A Game of Thrones issue, the publisher has announced the next chapter, A Clash of Kings.

In A Clash of Kings, Arya has escaped from King’s Landing with the help of Yoren, a brother of the Night’s Watch, but the road to the Wall brings its own dangers. Meanwhile, Sansa attends a tournament on the sadistic King Joffrey’s name-day, and Bran, in Winterfell, suffers from strange dreams of wolves…

“George R. R. Martin’s A Game of Thrones is one of the greatest works of modern fiction, having hooked millions of fans around the world through the novels, television series, and our comic book adaptations,” says Dynamite Entertainment CEO and Publisher, Nick Barrucci. “We are creating great comics with George, Anne, and everyone involved on his prose team, and are excited to welcome Landry Q. Walker and our very own Mel Rubi, whose work graced Red Sonja for years, as the new creative team. We are honored to be a part of one of the most exciting franchises of our time, and continue to bring the best talent to adapting these masterpieces of fantasy.” 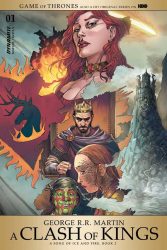 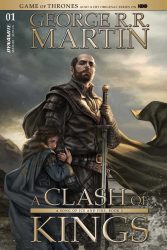 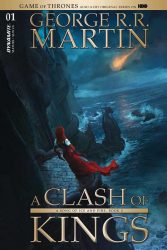 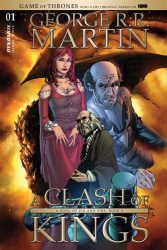 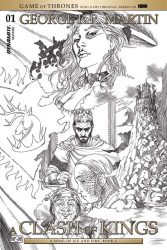 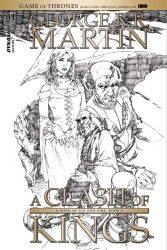 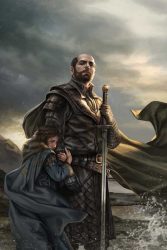 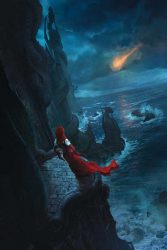 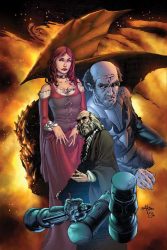 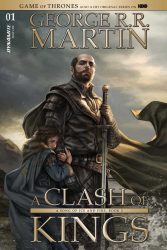 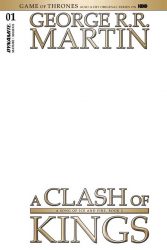 George R.R. Martin’s A Clash of Kings #1 will arrive in June.