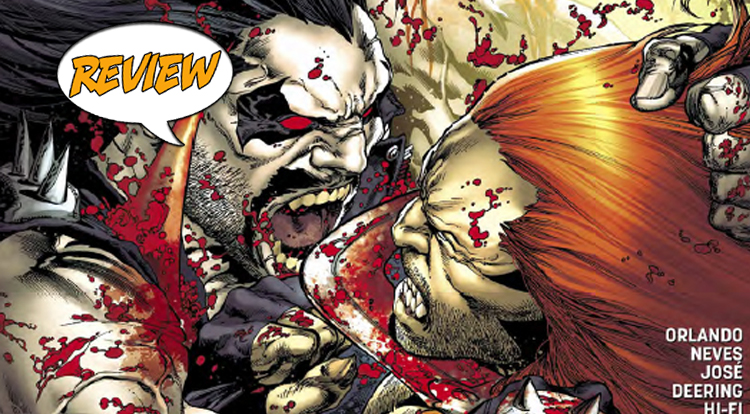 The Extremists have taken over, and their power would be a challenge even for a Big 7 League.  Can Batman’s new team overcome their first test of mettle?  Your Major Spoilers review of Justice League Of America #3 awaits! Previously in Justice League Of America: “The Extremists now control a nation, and within its borders, all is ordered and protected – all but free will. But how do seven people, even the JLA, fight an entire country? And even if they could, no one can truly prepare for the catastrophic design Dreamslayer has in store for reality itself…”

Having officially taken over the country of Kravia, Lord Havok opens this issue with diplomacy, reaching out to the neighboring countries, wooing their strongman leaders into an alliance with him.  The pitch is simple: See how easily we’ve created order in Kravia?  You too can have untrammelled power and control.  Of course, he hasn’t counted on the Justice League allying with local heroes (one named Death Bat, another calling herself Bogna Budasheva, which I kind of love) and taking up arms with the people against his iron-fisted idea of peace.  There’s a lovely bit wherein Tracer (who bears a resemblance to Marvel’s villain Sabretooth, as all the Extremists have parallels in the 616) catches the scent of a stranger, only to run face-first into Lobo.  The Main Man’s battle isn’t the only one here, as Black Canary engages Gorgon-who-is-not-Doctor-Octopus and Batman and Vixen break in to confront Lord Havok himself.  As the issue ends, we have four or five different battle ready to erupt, and each seems like it’ll be a real corker…

IT’S ALL IN THE CHARACTERS

The history of the JLA veers back and forth from “All The Most Powerful Big Names” to “A Group Of Lesser Heroes Who Can Change And Grow Without Worrying About Their Solo Books”, and Orlando’s new League is definitely one of the latter.  There are some nice moments involving Ryan Choi, a lovely bit of humanity from Ray Terrill, and even a perfect moment involving Batman: As the rest of the League unmasks to gain the locals’ trust, Bogna asks about Batman, only to have Vixen explain “That is his face.”  Nieves’ art makes much of the cool designs of the characters, with Black Canary and Lobo (ironically the biggest non-Batman names in the book) looking utterly amazing and the plot moving with clockwork precision.  Worst of all is the expectation that The Extremists’ moves are actually going to be recognized by the other countries, making all the fighty-fighty useless in the long run.

I like Orlando’s plotting, I love this array of characters, and I’m even impressed at how well they’ve rehabilitated the 90’s joke-villains (or at least grimdark parody villains) that were The Extremists into something truly complex and intimidating.  Justice League Of America #3 hits a sweet spot for me, delivering on character interaction, giving the action grounding and consequences and most of all making for an entertaining reading experience, earning 3.5 out of 5 stars overall.  I enjoy this much more than the “widescreen” nonsensical POW! BLAM! SMASH! Justice League Of America title that immediately preceded it, and I haven’t enjoyed Lobo this much since the days of Vril Dox’s L.E.G.I.O.N.