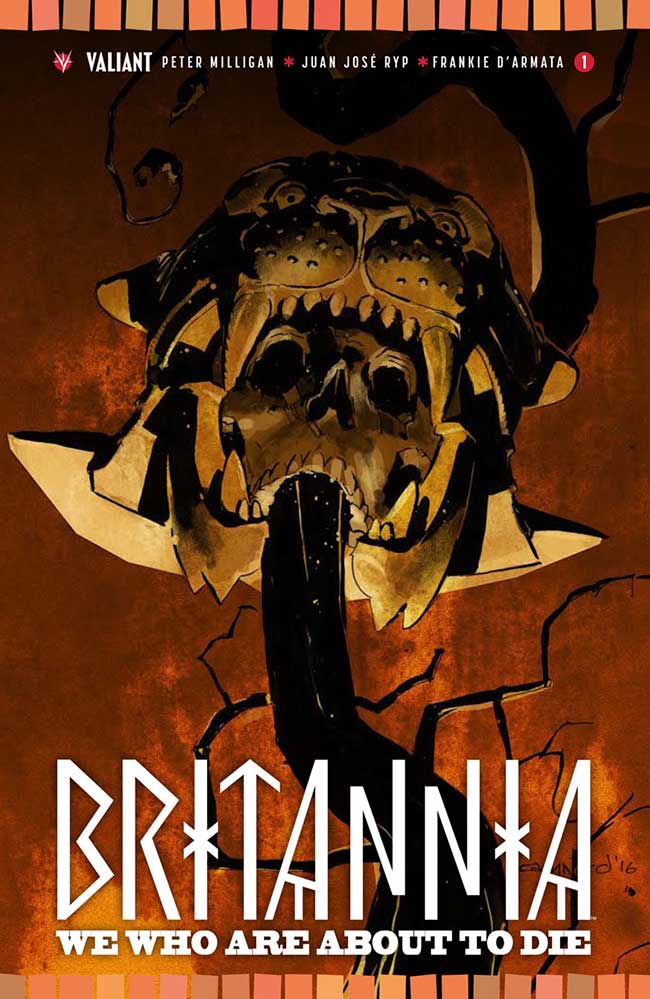 Valiant has released an early preview of Britannia: We Who Are About To Die #1, the sequel to Peter Milligan and Juan Jose Ryp’s Britannia series.

BRITANNIA: WE WHO ARE ABOUT TO DIE #1 (of 4)
Written by PETER MILLIGAN
Art by JUAN JOSÉ RYP
Cover A by CARY NORD (FEB172054)
Cover B by DAVID MACK (FEB172055)
Character Design Variant by DAVID MACK (FEB172057)
Variant Cover by ADAM GORHAM (FEB172058)
Variant Cover by DAVE JOHNSON (FEB172059)
Blank Cover Also Available (FEB172056)
$3.99 | 32 pgs. | T+
Fifty thousand Romans stand on their feet, watching from the rafters of the Coliseum with captured breath as Achillia, a gladiator unlike any that Rome has seen before, faces incredible odds – one lone warrior against five of Rome’s greatest. Such is the tradition, when a female gladiator enters the fray. When the carnage is complete, the coliseum roars its approval as Achillia stands victorious. Now, only one match away from winning her freedom, she has begun to gain renown. The women of Rome, suppressed by their husbands and fathers, have noticed. The men of Rome, husbands and fathers to a growing horde of women entertaining ideas of independence, have noticed as well.

Rome’s newest gladiator has cut her way to the top…but can even she escape the wrath of a mad god set loose upon the world of men?

The first issue of the prestige format arrives on April 26th, with issue two of the four-issue mini-series arriving on May 17th.