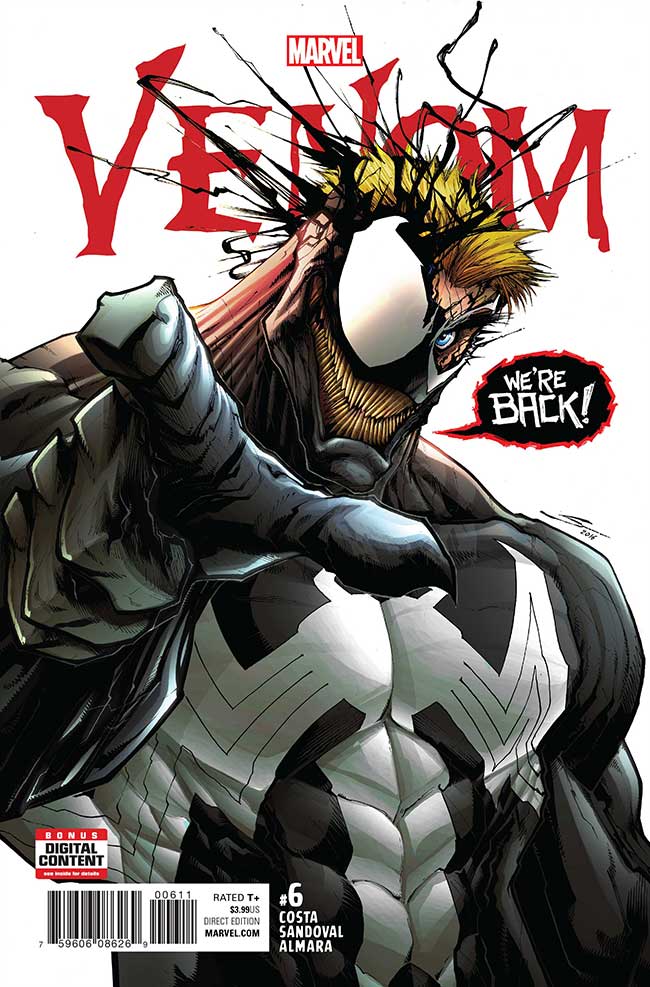 [Preview] Here is your first look at Venom #6

VENOM #6 (FEB170855)
Written by MIKE COSTA
Art & Cover by GERARDO SANDOVAL
Remastered Variant by TODD MCFARLANE (FEB170856)
ResurrXion Variant by DAN MORA (FEB170857)
It’s a battle for the ages as new Venom host Lee Price throws down with your friendly neighborhood Spider-Man! But amid the chaos and the fury of battle, a familiar face returns! That’s right, Eddie Brock is back to reclaim his rightful place as the one-and-only Venom! Can symbiote and host coexist as they once did? With Eddie Brock back on the board, what will become of Lee Price? And seeds sown here bear bitter fruit in May’s oversized Venom #150.