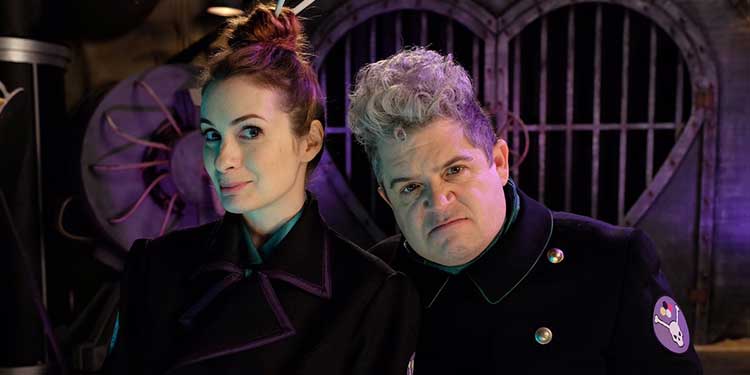 [Video] First trailer for new season of MST3K has arrived

Mystery Science Theater returns on April 14th on Netflix. Now, just a few weeks ahead of the release, we have our first look at the new faces, and a hint of the movies we’re going to see during the 13 episode run.

Anticipated Reboot of Fan Favorite Series Mystery Science Theater 3000 will be Available on Netflix in the US, Canada, Australia, New Zealand, UK and Ireland in the “Not-Too-Distant Future.” Original creator Joel Hodgson will be joined by comedian Jonah Ray (“Jonah Heston”) as the new host and Felicia Day (Geek & Sundry) as “Kinga Forrester.”

A Kickstarter starter campaign, spearheaded by Hodgson and Shout! Factory, surpassed the goal of funding the production of 14 new episodes and set the world record as the highest-funded film and TV crowdfunding campaign in history.

Mystery Science Theater 3000’s national broadcast life began in 1989. Set on the Satellite of Love where a human host is trapped by mad scientists with his two robot sidekicks and forced to watch an endless run of B movies. The format proved to be popular, and during its eleven years and 198 episodes on the Comedy Channel and Sci-Fi Channel, it attained a loyal fan base and critical acclaim, including a Peabody Award and two Emmys® nominations.