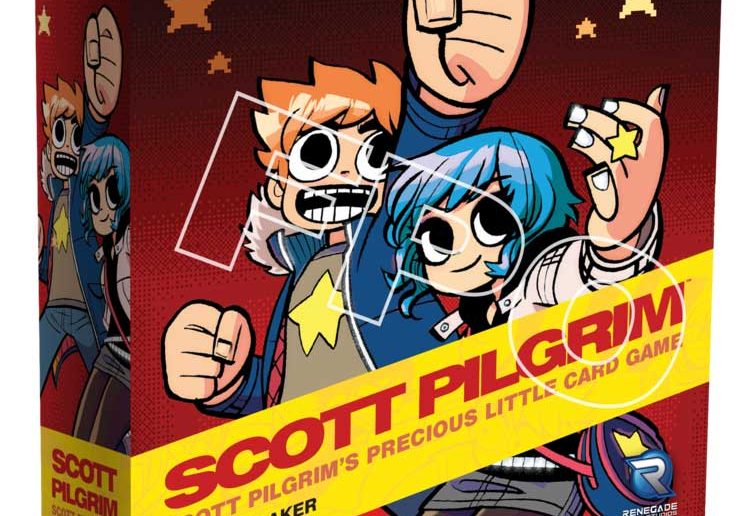 Being a grown-up is HARD and maybe not worth it? You might rather spend time tweaking your band’s set list until it’s guaranteed to get you that big gig opening for legit rockstars. Perhaps you’re better off dating someone a bit younger than chasing a fairytale romance with the age-appropriate girl (or boy) you met at a party. Maybe the drama constantly engulfing your pals feeds you, even if it is bringing your friends down. And don’t adults just sit at desks all day worrying about how bread makes you fat? Do adults ever even get attacked by random robot ruffians determined to pick a fight? Huh. Maybe there is something to getting it together…

Scott Pilgrim’s Precious Little Card Game is a deckbuilding game that challenges you to grow up and prepare for your finest hour. Players assume the roles of their favorite characters in the Scott Pilgrim universe, each of whom comes with a unique starting deck. Innovative double-sided cards let you decide whether to solve your problems with hard work and empathy, or whether to embrace the unpredictable world of gratuitous video game violence. In addition to the video-game-style combo moves, the cards are double sided, so players can fight or upgrade their life as they defeat the Evil Exs on their way toward victory.

Scott Pilgrim’s Precious Little Card Game is expected to arrive in the summer of 2017 with a SRP of $45.