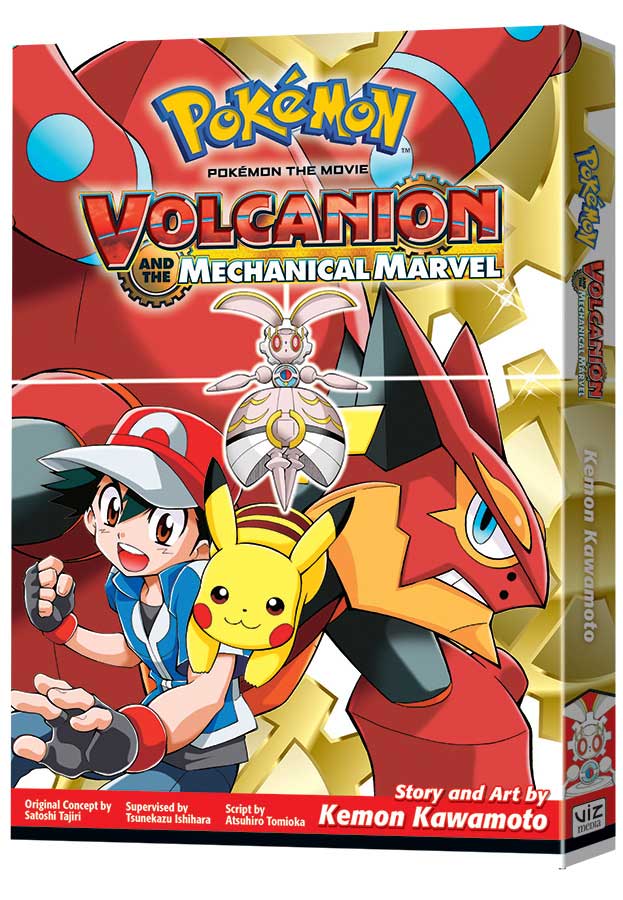 VIZ Media, LLC (VIZ Media), a premier company in the fields of publishing, animation distribution, and global entertainment licensing, delights POKÉMON fans as it announces the upcoming home media release and the official manga edition of POKÉMON THE MOVIE: VOLCANION AND THE MECHANICAL MARVEL this spring.

Fans can experience all of the excitement and adventure of the newest POKÉMON anime feature film in the POKÉMON X·Y series in both DVD and graphic novel form. POKÉMON THE MOVIE: VOLCANION AND THE MECHANICAL MARVEL was directed by Kunihiko Yuyama and was originally released in Japanese theaters last summer. POKÉMON THE MOVIE: VOLCANION AND THE MECHANICAL MARVEL DVD

In the latest adventure, Ash meets the Mythical Pokémon, Volcanion, when it crashes down from the sky, creating a cloud of dust – and a mysterious force binds the two of them together! Volcanion despises humans and tries to get away, but it’s forced to drag Ash along as it continues its rescue mission. They arrive in a city of cogs and gears, where a corrupt minister has stolen the ultimate invention: the Artificial Pokémon Magearna, created 500 years ago. He plans to use its mysterious powers to take control of this mechanical kingdom! Can Ash and Volcanion work together to rescue Magearna? One of the greatest battles in Pokémon history is about to unfold! Catch all the action presented with dubbed English or subtitled dialogue options as well as 2.0 and 5.1 audio selections. POKÉMON THE MOVIE: VOLCANION AND THE MECHANICAL MARVEL MANGA

Capture all of the action of the newest POKÉMON feature film in this single-volume official manga adaptation. Features story and artwork by Kemon Kawamoto.