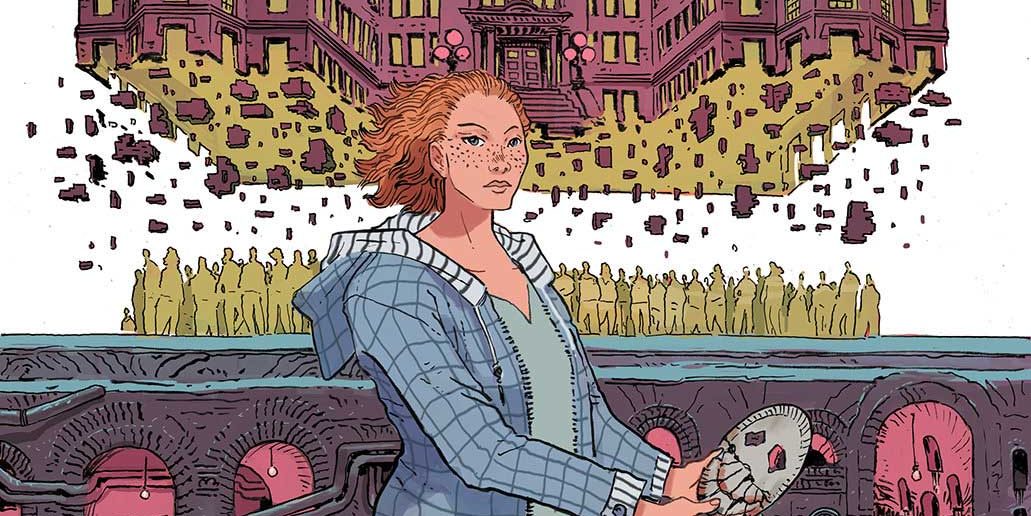 Cullen Bunn continues to be a writing tornado in the comic book industry. In his latest project, The Unsound, he is teaming with Jack T. Cole and BOOM! Studios.

The Unsound follows the journey of Ashli, a young woman caught in the middle of a strange supernatural conspiracy that reveals to her a much more terrifying version of our world than she ever imagined.

Ashli’s first day as a nurse at Saint Cascia Psychiatric Hospital turns into a nightmare as a bloody riot sends her fleeing into the bowels of the hospital. As this unsettling descent takes her to a hellish world populated by lunatics and monsters, cloaked in a secret history of black magic and heinous scientific experiments, she’s forced to ask one horrifying question: Is there such a thing as sanity?

“The Unsound is a surreal, scary story, full of chilling encounters and haunting experiences, and it delves deep into the nature of reality, perception and insanity,” said Bunn in a prepared statement. “It’s territory that I find myself drawn to frequently, and in many ways, this is a sister series to The Empty Man. Here, though, we’re exploring a new landscape and developing a new horrific mythos.” The Unsound debuts in June from BOOM! Studios.