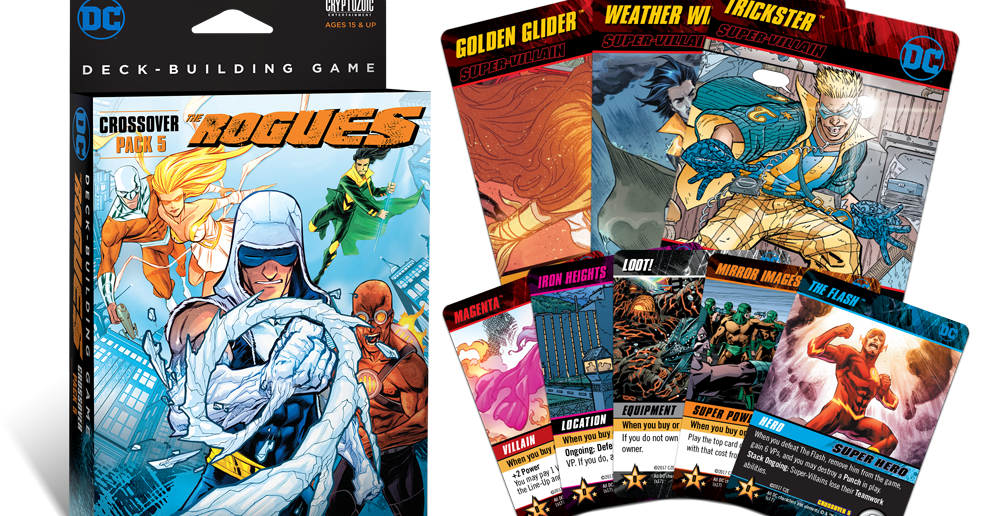 [Gaming] The Rogues are coming to the DC Deck-Building Game

Cyrptozoic Entertainment has announced the next crossover pack for the popular DC Deck-Building Game. The Rogues are coming!

This expansion also introduces the Teamwork keyword. “During your turn you may play the top card of any one foe’s deck. When that card leaves play, return it to the top of its owner’s deck.”

If you are looking to take down the heroes, then you are in luck as the DC Deck-Building Game Crossover Pack 5: The Rogues contains eight super hero cards that will all you to take on the members of the Flash family (Flash, Max Mercury, Jesse Quick and more).

The Rogues crossover pack will arrive this week and has a SPR of $13.00.