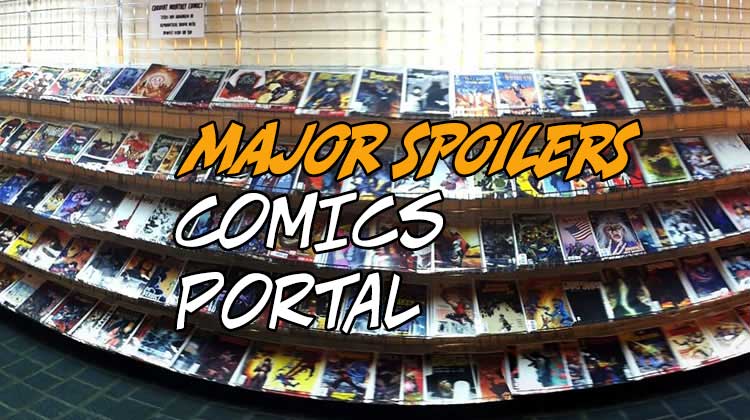 COMICS PORTAL: Don’t Tell Me That!

When you’ve been around as many local comics shops as I have, you come to dread hearing the folks who work there say certain things.

Now, I appreciate all these folks do for me and other fans, but sometimes you just have to cringe when they make their customers unhappy, to say the least.

Let me explain what I mean by this. And please forgive me if I feel the need to vent on this for a change! I’m human and make mistakes, too, but yikes!

My identical twin brother and I don’t agree on everything, so how can anyone else? It’s how you disagree that makes the difference.

I had come into a store and mentioned that I was looking forward to a certain comics-related film. The manager, seated with an employee behind the counter, said to me, “That movie sucks! It’s dead to me! I will not go to see it because it would be a waste of my money!”

My response was, “Well, I feel the exact same way about (insert name of movie that manager has said time and time again he was anxious to see). It’s going to be terrible. The heroes will behave out of character, and it won’t even begin to match the comics it’s based on. I’m not going to see that one either!”

I thought we were going to have to call an ambulance when the manager gasped so loudly I thought he was hyperventilating. Needless to say, I don’t shop there any longer.

Can I offer some advice? If someone says they like something, don’t offend them by insulting their intelligence or taste. Just smile and move on. You want them to spend their money with you. Why would they if you say things that insult them?

I NEVER HEARD OF THAT BOOK

Again, people who work at stores should be pretty well informed about what’s coming out, but no one can know everything that’s going to be for sale.

I would once again recommend not saying something that’s insulting. Instead, say, “I’ll look up and find out more about that comic.”

I went to a shop where that was not the practice. Instead, the owner would say, in the most demeaning tone he could muster, “I never heard of THAT book.” In other words, if I haven’t heard of it, it’s not worth it. And that means you’re stupid or have bad taste, apparently.

Forgive me for repeating myself, but if you want customers to spend their money with you, don’t insult them. I haven’t met anyone who is the ultimate arbiter of good taste, no matter how big their store is. For all you know, the book that’s just been mentioned could be your next favorite comic!

WE GOT SHORTED ON THAT ONE

There are a number of reasons why a shop doesn’t have a comic that just was released. They might have not ordered correctly. They could have sold out already. They might have literally not received their order as completely as they would prefer.

If the person behind the counter is honest, that’s fine. But I remember when I was walking around a store after just being told they didn’t receive any copies of a comic I wanted, only to see another customer carrying that same book on the top of the stack he was preparing to buy.

When I asked what happened, I was told, “Oh, yeah. I forgot we had some, but they’ve all been given to people who came into the store before now.”

Well, forgive me for working for a living. And please don’t think I’ll actually trust what you say after this.

Another person who frequented that shop later told me they had underordered it, but they didn’t want customers to know that.

Time to check out another shop, I thought. To this day, I wonder if I’m being told the truth when I hear this one.

YOU DIDN’T ORDER THAT

If you keep a list of what your customers buy, be careful what you say. And be careful when customers print out copies of everything so they can bring them in with them.

I had one shop owner tell me that, when something I wanted didn’t arrive, that I hadn’t ordered it.

Well, I knew I had added it to my pull list, so I asked to see the printed version they kept behind the counter.

Guess what? I had ordered it after all. It was there printed in glorious black-and-white.

Then I was told it would have to be ordered, and it could take a month or more for it to come in.

Good thing I almost always go to more than one place in one area!

I NEED COPIES OF THIS BOOK NOW, OR MY STORE IS GOING UNDER At one point, I used to shop at two stores that had owners who were friends. (At least, that’s what they said about each other.) One of them invited me to go to a Diamond conference where they were going to show previews of products that were coming soon.

So I went, and there I encountered black-and-white proofs of The Dark Knight Returns. (Yes, it was that long ago.)

I immediately went to the owner of the store and said I wanted at least five copies of it! It looked great! (Turned out, I was right!)

When the books arrived, many of us who shopped there discovered, to our horror, that he had requested the same number of copies that he ordered each month of the regular Batman title. That was a whopping total of three. He said he was going to have to put everyone’s names in a hat and draw the pieces of paper to see who would be so fortunate as to receive one of the copies.

Fortunately, I had also been shopping with his “friend,” and that guy knew better. When I got to the second store, my brother was there before me. When he saw me come in the door, he held up a copy so I could see the cover. “Ten!” I responded from the back of the room! “I want ten!” And I bought them.

A few days later, I happened to stop by the first store, only to find the owner there on a frantic call to Diamond. He was demanding more copies of that book. “If I don’t get more of this book, my store will go under!”

He spoke to me so the person on the phone could hear what I said. “You need copies of this, right?” “Well, no, actually. I got ten copies at (the second store).” I said.

He also underordered copies of another book I wanted a few months later. This time, I had made sure the number I wanted was waiting at the second store. When I walked into the first store, he was talking with his “friend” from the other store. “What am I going to do? How are my customers like Wayne going to find copies of this?” He got silent for a moment as he listened to what his “friend” had to say, then responded, “Oh.”

When he hung up, he said to me, “So you’re ordering at (the second store), too, huh?” “Yeah,” I responded. “After what happened with The Dark Knight Returns, I knew I needed a safety net.”

The first store? It’s gone and has been for years. The second store? It’s now a big chain in that same market.

Moral of the story? If you have a customer who knows what he or she is talking about, at least listen to what that person has to say! Sheesh!

All these tales truly make me treasure the good stores I buy from, believe me!

What do you think? Have you encountered this behavior or something like it in a comics shop? Or have you met something even worse? Please be sure to share your opinions in the space below!