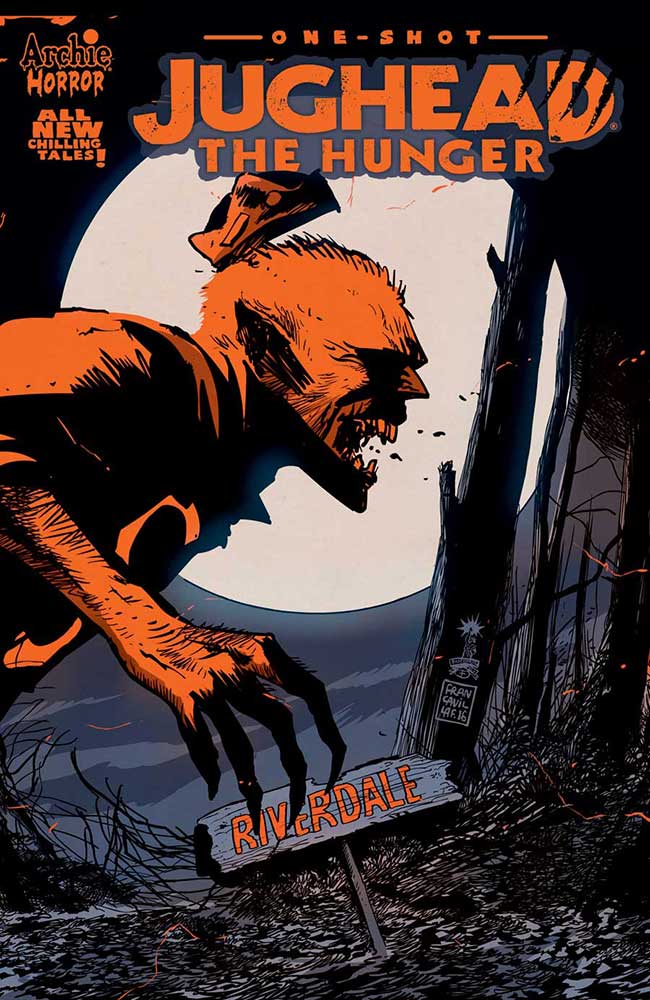 BRAND NEW ONE-SHOT SPECIAL! Jughead Jones has always had an insatiable appetite… but what if his hunger came from a sinister place? When a murderous menace is on the prowl, taking the lives of some of the most well-known and esteemed inhabitants of Riverdale, Jughead and his family’s dark legacy comes to light. Join writer Frank Tieri (Wolverine) and artist Michael Walsh (Secret Avengers) for this horrifying one-shot for TEEN+ readers.