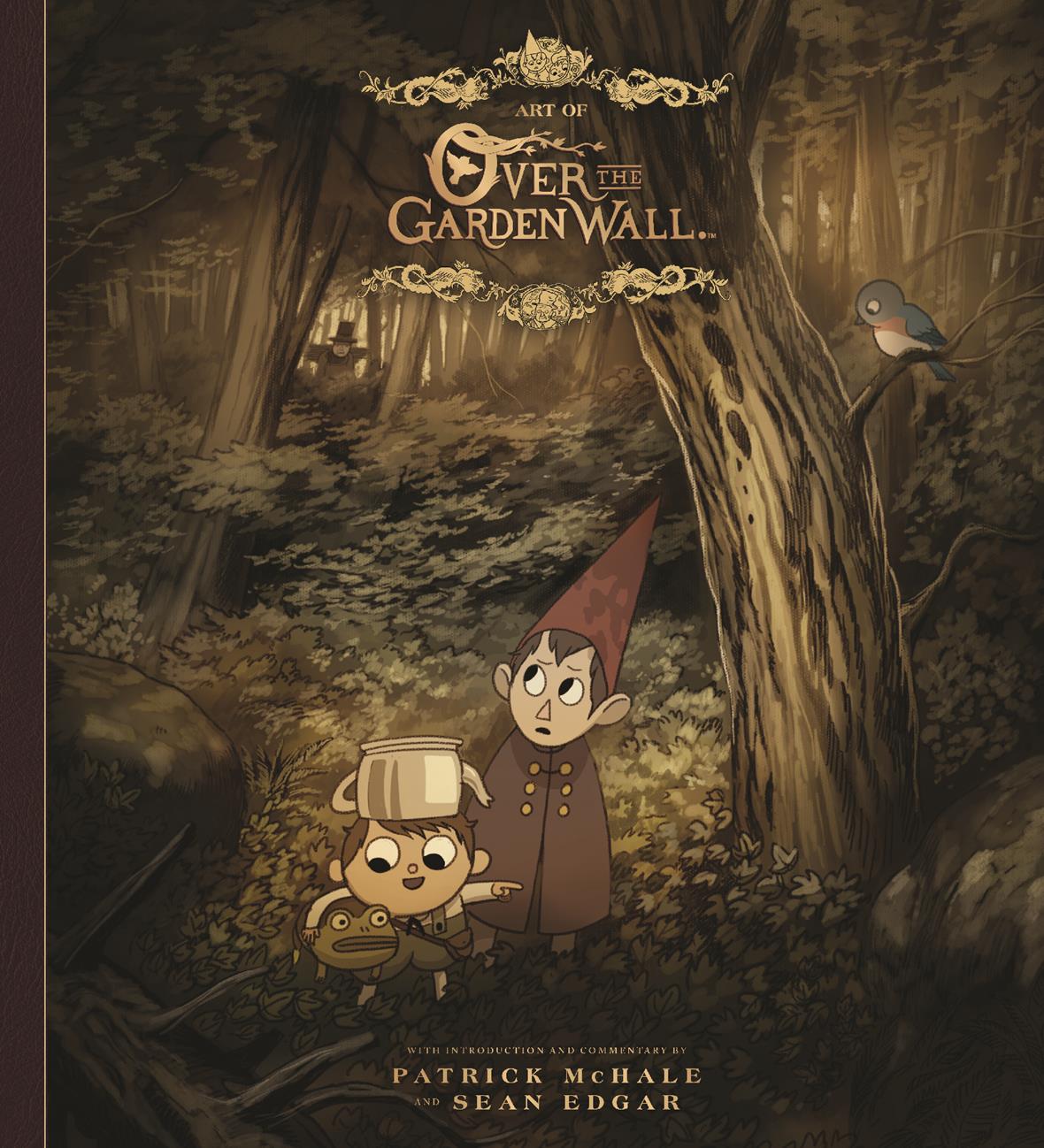 On September 13, 2017, Dark Horse will publish The Art of Over the Garden Wall, a comprehensive look at the production and development art behind the award-winning animated television miniseries Over the Garden Wall, featuring never-before-seen sketches from creator Patrick McHale and written by Paste magazine’s Sean Edgar.

The Cartoon Network miniseries Over the Garden Wall centers on two half brothers who travel across a strange forest in order to find their way home, encountering odd and wonderful things on their journey. The show features the voice work of notable talent, including Elijah Wood, Christopher Lloyd, and more, and received critical industry acclaim, including an Emmy Award for Outstanding Animated Program in 2015.

“I’m so happy Sean and Dark Horse got this book to happen! It’s been really interesting going through all my old sketchbooks, notes, and file folders in search of lost bits and pieces from the show’s development,” said Patrick McHale. “This handsome volume will contain a nice mixture of beautiful drawings and paintings from the series, amusing anecdotes about the process, unseen and unused artwork that didn’t make the final cut, other mysterious odds and ends, and a whole lot of horrible ugly early development sketches that should inspire people to say, ‘Hey, I could do better than that!’”

From Pottsfield to Cloud City, venture up and over and dive right into this colorful hardbound art book. A complete tour through the development and production of Over the Garden Wall, this volume contains hundreds of pieces of concept art and sketches, along with a comprehensive look at the show’s breathtaking production art, including art from the acclaimed 2013 short film Tome of the Unknown: Harvest Melody, which served as the series’ pilot. Also includes commentary from creators Patrick McHale and Nick Cross, interviews with the cast and crew, and more!