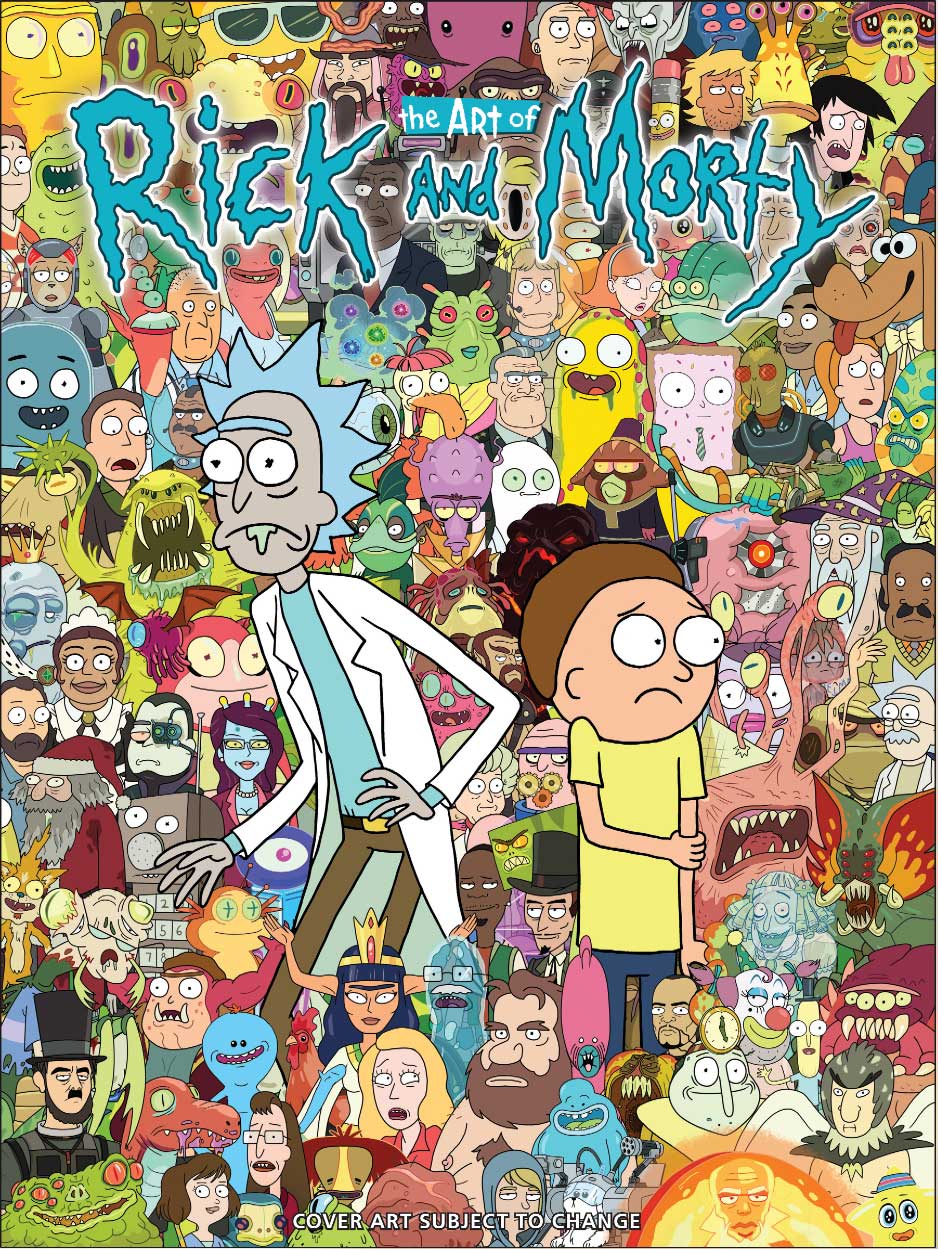 Missing Rick and Morty? Wish you could go behind the scenes and check out all the fantastic art from the series? Dark Horse Comics has announced The Art of Rick and Morty, coming our way in September.

Rick and Morty is a half-hour animated hit comedy series that airs on Adult Swim. Created and executive produced by Dan Harmon (Community) and Justin Roiland (Adventure Time), the critically acclaimed series follows a sociopathic genius scientist who drags his inherently timid grandson on insanely dangerous adventures across the universe. Rick Sanchez (Justin Roiland) is living with his daughter Beth’s (Sarah Chalke) family and constantly bringing her, his son-in-law Jerry (Chris Parnell), granddaughter Summer (Spencer Grammer), and grandson Morty (Justin Roiland) into intergalactic escapades. Can the family survive Rick’s insanity and all the chaos the universe throws at them? The much-anticipated third season of Rick and Morty is currently in production.