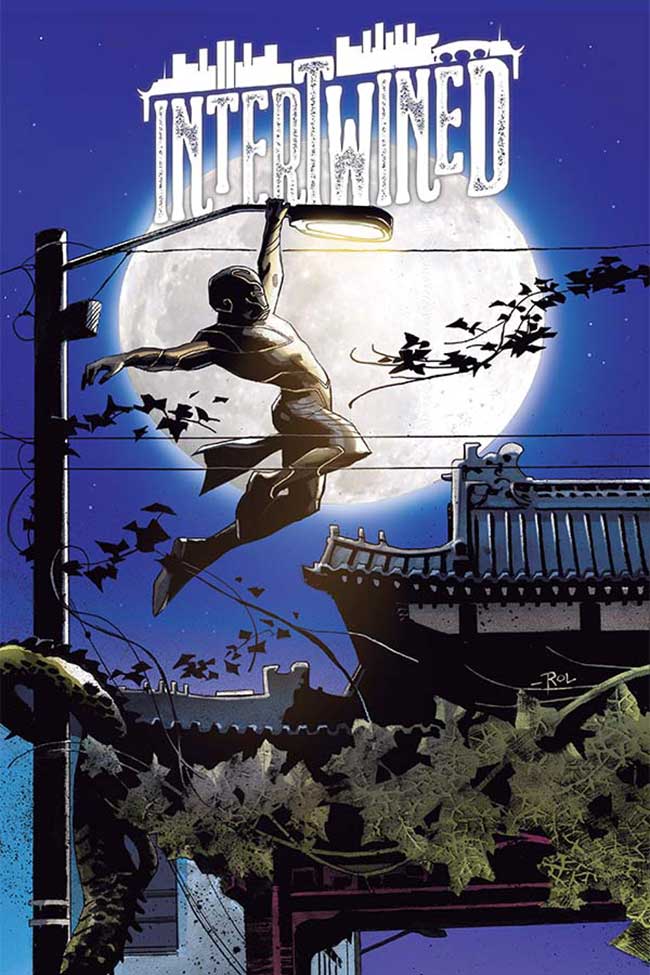 Intertwined #5
writer: Fabrice Sapolsky
artist: Fred Pham Chuong
cover: Roland Boschi
FC • 32 pages • $3.99 • Mature
The countdown to the end starts here! As one murder case closes, another one is re-opened! Learn the shocking truth behind the murder of the previous Spirit of the Earth! Juan Jin’s first battle as the new Spirit in town could definitely be his last. He’ll have to really accept to become the hero his peers saw in him and embrace his destiny. An explosive issue featuring a smashing cover by fan-favorite artist Roland Boschi!