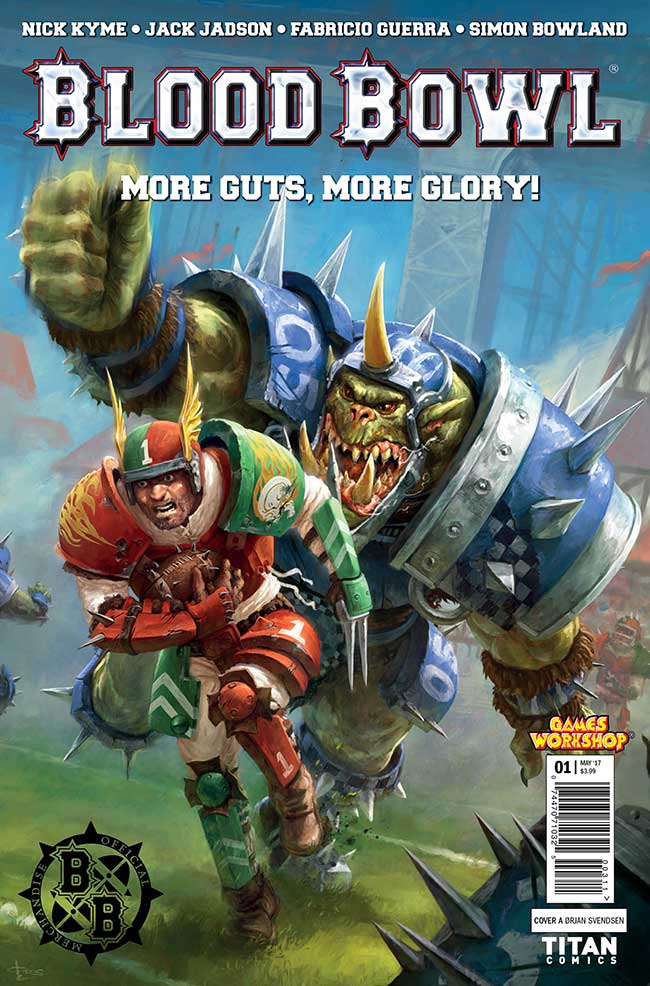 If you are a fan of the Blood Bowl board game, Titan Comics and Games Workshop are teaming to bring the popular franchise to comic books.

Blood Bowl is set in an alternate version of the Warhammer universe – one where brutal chaos and inter-species rivalries are settled on the football pitch, rather than on the battlefield!

Blood Bowl was originally released in 1986, with a major update happening in late 2016. Like the Warhammer series, Blood Bowl is very popular among gamers, and Titan Comics appears to tapping into that popularity.

Dive into the action as a rag-tag team of humans, the Hochland Harbingers, attempt to claw their way to the top of the Blood Bowl League. Can Dreng Sturmblud, a former star player who crashed to rock bottom, help the Harbingers fend off their terrifying opposition?!