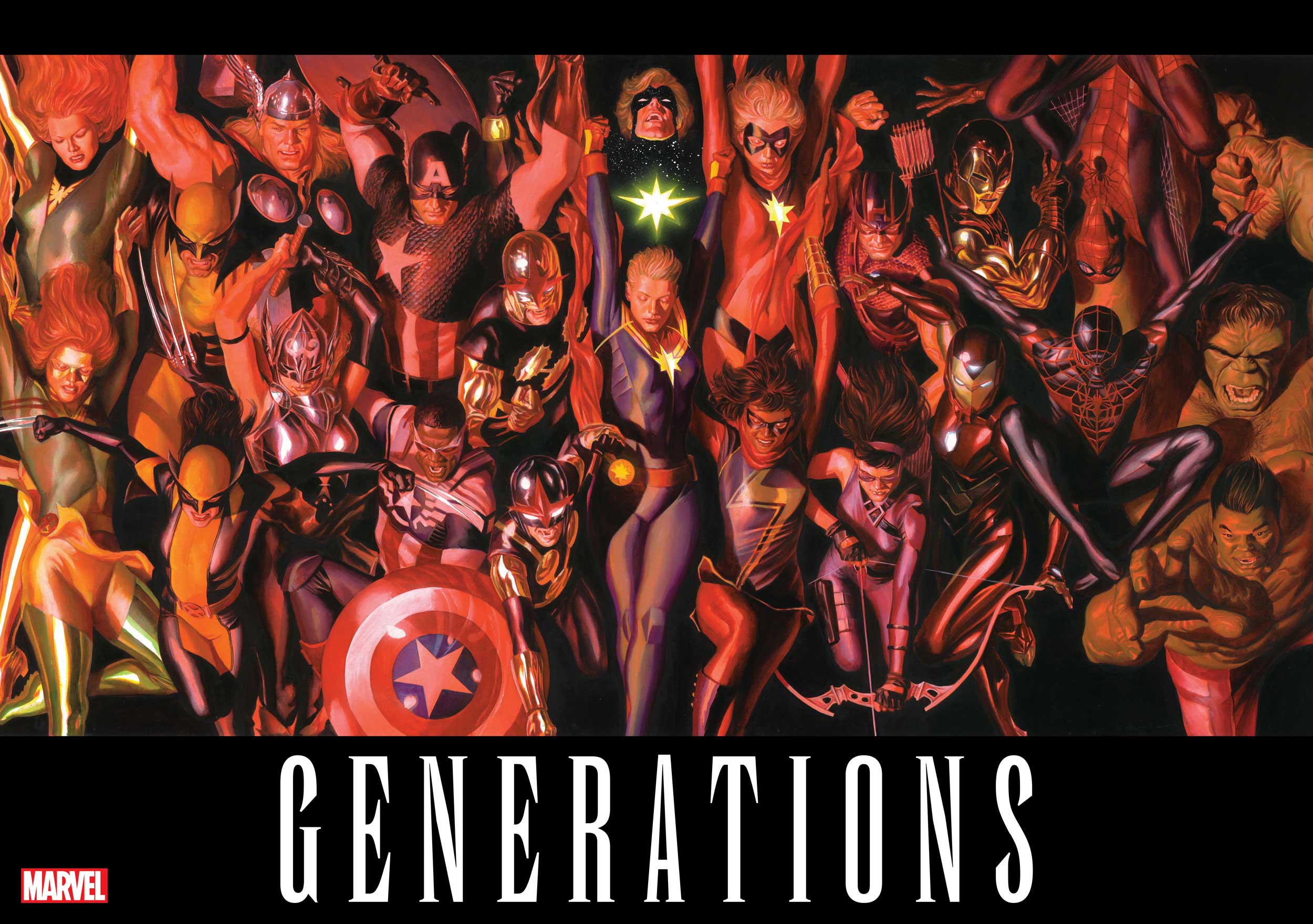 [Teaser] Generations is coming, but what is it?

Even before the Secret Empire event is launched, Marvel has announced a big event kicking off in the summer of 2017. But what is Generations?

I’ve already speculated, that there is something that could cause a Marvel Universe reboot, but Generations looks to be an examination of – you guessed it – generations of heroes with the same title. The image clearly shows multiple versions of Captain Marvel, Captain America, Nova, Wolverine, etc. . With the recent old school vs. new school storylines that have been playing out, seeing heroes examine their legacy may do more to lessen event fatigue going forward.

What do YOU think Generations is all about?