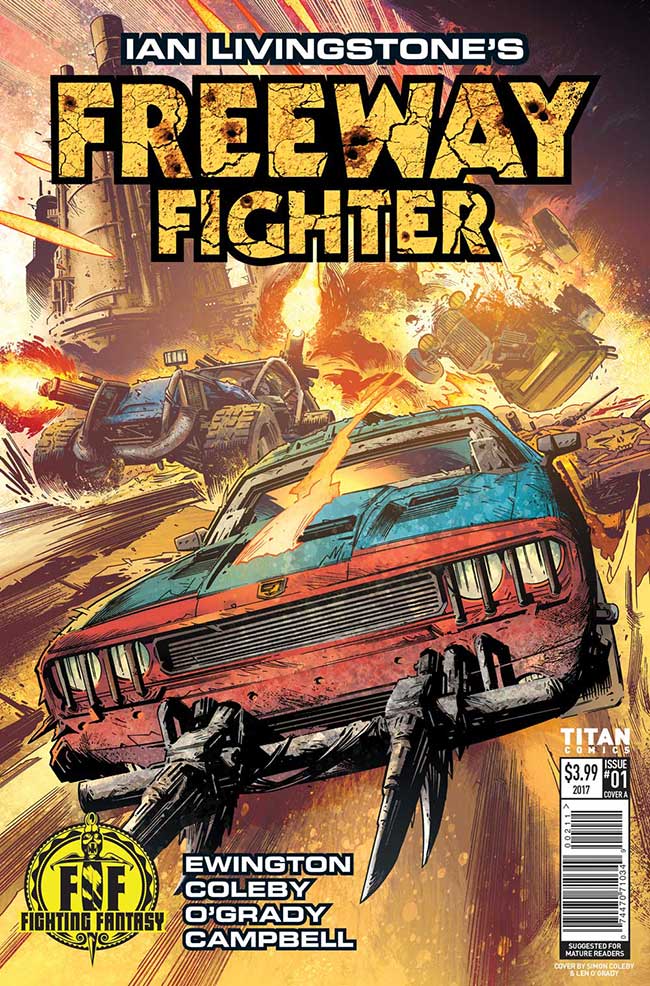 In May, Andi Ewington and Simon Coleby bring us Ian Livingstone’s Freeway Fighter #1 from Titan Comics.

An unknown virus has wiped out over 85% of the world’s human population. Former I-400 Driver Bella De La Rosa is one of the 15% – living every day as if it were her last. Now, eighteen months after the collapse of civilization, faced with a new world order where violence and chaos rule the Freeway, she must hone her racing skills and survive any way she can!