Valiant is proud to unveil a massive slate of exclusive comics and merchandise available only to attendees of the 11th Annual ComicsPRO conference in Memphis, TN! From February 16th–18th, 2017, the largest independent superhero universe in comics is storming the industry’s biggest and most influential annual event for retailers with a jaw-dropping horde of exclusive comics, promotional merchandise, and limited edition surprises – only at ComicsPRO 2017!

Throughout the three-day conference, each attending ComicsPRO retailer will receive special releases spotlighting Valiant’s biggest releases of the year with two ComicPRO-exclusive comics: SECRET WEAPONS #1 SHOWCASE EDITION (Written by Eric Heisserer; Art by Raul Allen with Patricia Martin; Cover by Raul Allen) – Get your first look inside the new comic series from the Oscar-nominated screenwriter of ARRIVAL with this one-of-a-kind look book, spotlighting the work of visionary artist Raul Allen (Wrath of the Eternal Warrior) Plus: All attending retailers will have the chance to receive the signature item of ComicsPRO 2017 – the powder-coated  X-O MANOWAR Metal Ring! Cast in durable pewter and brushed with the unmistakable hues of X-O Manowar’s ultra-powerful armor, this iconic collector’s item captures the unmatched fury of the unstoppable X-O Manowar! Torn from the pages of X-O MANOWAR (2017) #1 by New York Times best-selling writer Matt Kindt and blockbuster artist Tomas Giorello, don’t miss your chance to obtain this enviable item…only at ComicsPRO 2017! Additionally, all participating retailers will receive a complimentary Valiant welcome bag. This exclusive collection of retailer-only point-of-purchase and promotional items will include:

All attending retailers are also encouraged to visit the complimentary Valiant suite during their stay at the Downtown Memphis Sheraton Hotel. Open at all hours during the three-day summit, the suite will provide attendees with an assortment of complimentary items and services, including: 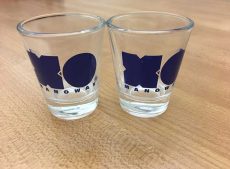 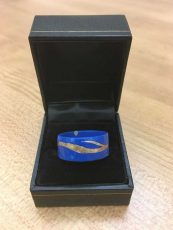 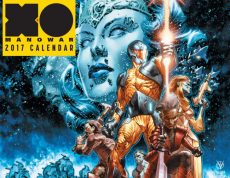 And that’s just the start – look for even more surprises to be unveiled on the ground in Memphis, TN during ComicsPRO 2017!