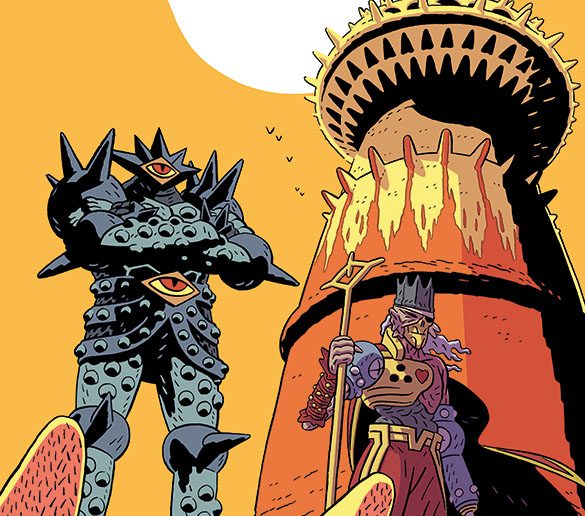 In HEAD LOPPER #5, a daring new adventure awaits, looming like the Crimson Tower, home of Ulrich the Twice Damned, sworn enemy of Zhaania Kota Ka. With old friends and new, our heroes boldly enter the bloodied pinnacle with bare steel and steady hearts.