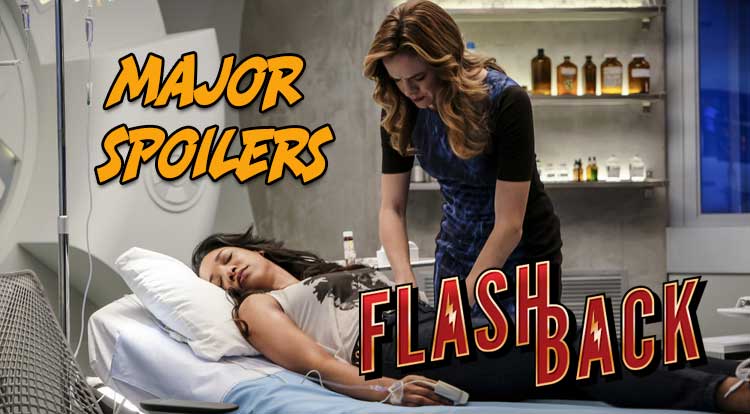 Barry and the team at S.T.A.R. Labs work together to bring down Clive Yorkin, a criminal meta-human who is methodically killing people by causing them to decompose at an accelerated rate. Joe becomes his next target but it’s Iris who is caught in the crossfire. The Flash mentors Kid Flash and begins to elevate the newer speedster’s training to another level.

There really isn’t a lot of comic book tie-in with this week’s episode, that hasn’t been covered before in Flashback. A lot of this week’s nods to television continuity rely on your knowledge of Flashpoint, the first episode for this season.

We do however have one comic book character that appeared in Untouchable, Clive Yorkin.

Yorkin, played by Matthew Kevin Anderson, was your average, run-of-the-mill criminals who underwent an experimental process called the Nephron Process as a way to reduce his prison sentence.  Of course the procedure didn’t go according to plan, resulting in Yorkin going even more insane. He escaped, and was later captured near the dead body of Iris Allen!

We do know it was the Reverse-Flash who killed Iris and resulted in the Trial of the Flash arc – one I believe we are moving closer and closer to with each episode.

Yorkin in the comics does have powers similar to those seen in this week’s episode. The Nephron Process gave Yorkin the ability to drain life energy via touch. He used his powers to terrorize Central City for an entire day before he was brought down by The Flash.

Clive Yorkin first appeared in The Flash #270 from February 1979. He was created by Cary Bates and Irv Novick.

Barry doesn’t reveal his secret identity to anyone new this week, but do you get the feeling we’ll have to start a second column for Wally?