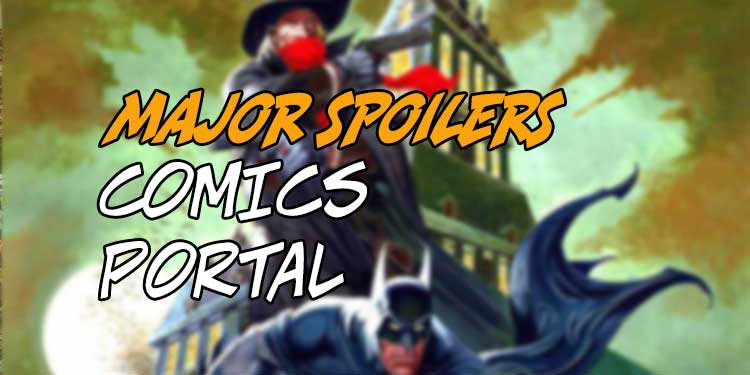 When I recently read here at MajorSpoilers.com that Batman and the Shadow are teaming up soon, I was thrilled! These two have met before, including Batman #253 (see cover below), but it’s taken place so rarely that I’m always totally interested when it does. Also, Scott Snyder will be working with Steve Orlando on the writing, with art being done by Riley Rossmo, so I can’t wait for April 26 to get here!

All this got me thinking about the fact that, even with decades of them under our belts, team-ups are still fun!

WHAT MAKES A GOOD TEAM-UP? I’ve often found that the best, most enjoyable team-ups happen when the heroes combined have at least one significant difference between them. Be it another company or a power or a talent, it’s most interesting when they or their abilities compliment each other.

For instance, the World’s Finest team, Batman and Superman. One depends on his powers, the other on his wits. I mean, the title with the two of them getting together lasted for decades! Even after that ended, there have been at least two ongoing comics featuring them working with each other. One time it was Batman/Superman, another Superman/Batman. Either way, their differences make it a fun read when they end up coming together to take on the baddies.

For a while, there were cross-company teamings, such as Superman/Spider-Man, Batman/The Hulk, Batman/Daredevil, and Batman/Spider-Man. All were interesting examinations of how their differences helped them overcome amazing odds.

There have also been groups involved in team-ups. One going on right now is Justice League/Power Rangers. Talk about different! And unexpected!

But the Big Kahuna of team-ups of all time has to be JLA/Avengers, written by Kurt Busiek and with art by George Perez. The artwork was, of course, stunning, and the script, which compared and contrasted the various heroes. My favorite was Batman and Captain America. I had never realized how similar they were before! In this column, I often go on and on about show business, the money-making aspect of the comics industry. But let’s be real – the reason team-ups happen is because they’re fun to read.

I remember the first crossover featuring the Justice League of America and the Justice Society of America. All those heroes! I’m sure smoke was pouring out of my ears, my brain working so hard to take it all in! And yes, I’m that old!

Team-ups are also something unusual that we as fans treasure. We often debate who would beat who in a fight, but I prefer to see heroes working together! And to see something happen that I haven’t encountered before, well, that’s special! I have read wonderful team-ups over the years that I still enjoy thinking about. For example, when DC and Marvel combined to make the Amalgam Universe, I loved that! Spider-Man meets Deadpool or Wolverine? Yeah, that’s history taking place before our very eyes.

The bad news is, somethings the industry milks a trend so hard that it ceases being enjoyable. We’re in a period of comics in which teaming up doesn’t happen quite as much as it used to. After all, both of the aforementioned Batman/Superman team books have come to an end. Will another come soon? I’m sure it will!

But even the unusual becomes commonplace when it happens too often. I mean, I would happily still buy Batman and Superman together in a comic! But others, who may not be quite as enthusiastic a fan as I am, well, they’ll likely spend their shekels on something else that is more of a joy to read in their eyes.

I remember when team books were all the rage. X-Men, New Teen Titans, you name it – if there was a group of heroes involved, it sold! Even that time has passed, sadly!

So what’s a comics company to do?

When an industry has gone on as long as comics have, the challenge facing creators is to keep it fresh, keep it interesting, keep the fans going, “I have GOT to have the next issue!”

I think we’re watching the slow demise of huge “event” crossovers. These days, I pick and choose comics I want to read out of a massive storyline that doesn’t interest me so much that I have to read every single issue involved.

In other words, keep it simple! If you have a crossover event like the recent “monster” one in four Bat-family titles, tell us where the book we now own falls in the order we should be reading them in. It went on just about the right amount of time, roughly two months. More than that and I’m having trouble maintaining interest. Sorry, but that’s true!

I’m happy to see that Marvel’s Inhumans Versus X-Men event is selling very well. It’s highlighting several characters that have been in the House of Ideas for many years, something I will always root for!

However, I’m not sure many of us readers can keep up with multiple events going on at the same time anymore. But give us something like Batman meeting The Shadow, and I’m happy, and I’m there!

What about you? Do you enjoy team-ups? Do you plan on buying Batman and The Shadow? Are there team-ups you’d like to see gracing the comics pages? Please be sure to share your opinions in the space below!