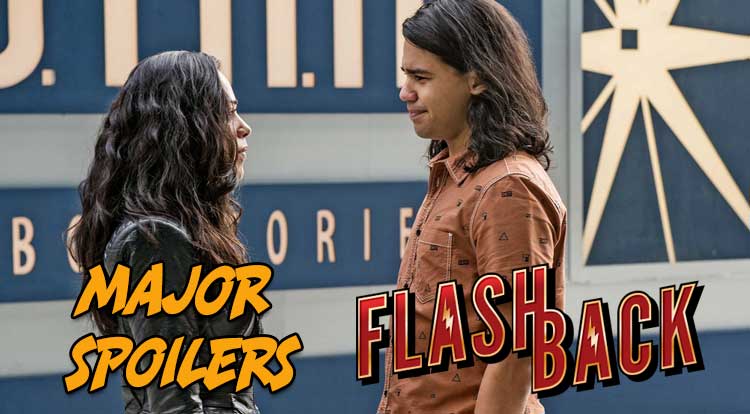 By Stephen Schleicher on February 1, 2017 0 Comments

DC COMICS’ GYPSY ARRIVES ON EARTH-1 – H.R.’s (Tom Cavanagh) past catches up with him when a bounty hunter with vibe powers named Gypsy (guest star Jessica Camacho) arrives in Central City to bring him back to Earth-19 to stand trial for his crime. It turns out inter-dimensional travel is illegal on their Earth. H.R. surrenders but when Barry (Grant Gustin) and Cisco (Carlos Valdes) find out that H.R.’s only hope would be to challenge Gypsy to a fight to the death, they intercede and Cisco offers to fight Gypsy instead.

Gypsy makes her appearance in this week’s episode, but the Gypsy we see in the show is quite a departure from the Gypsy in comics.  Cynthia “Cindy” Reynolds (aka Gypsy) debuted in Justice League of America Annual #2 in October of 1984.  Born to a suburban couple, Gypsy developed the powers of illusion at the age of 14. For whatever reason, Cindy ran away to Detroit and eventually became a member of the JLA Detroit.  It’s interesting that her powers are primarily illusion casting, which is a contrast to her powers which are exactly like Vibe’s seen in the episode.

Gypsy’s illusion-casting can also be used to project frightening illusions into the minds of other people. These illusions usually show what the affected person fears most. This ability can affect other living things besides people, and Gypsy can use this ability in combat situations. Gypsy has the ability to project an illusion to appear as another person, but that person needs to be her approximate height and weight for it to appear authentic.

While Gypsy was created by Gerry Conway and Chuck Patton, her New 52 reboot is quite a departure from the comic book series. First, she does’t wear a Gypsy costume – which is probably a good idea, considering Gypsy is considered a slur. In the New 52, Gypsy is a metahuman from another dimension who was fleeing from Vibe’s brother Rapture. She’s been captured by Amanda Waller, and it is revealed she is the daughter of Mordeth, a supervillian from the alternate dimension.

Fans were treated to many many Earths this week, and for a multiverse fan, this was a treasure trove of fun.

It doesn’t take a genius to put two and two together this week, so I’m almost 100% certain Gypsy knows Flash and Barry are the same person.