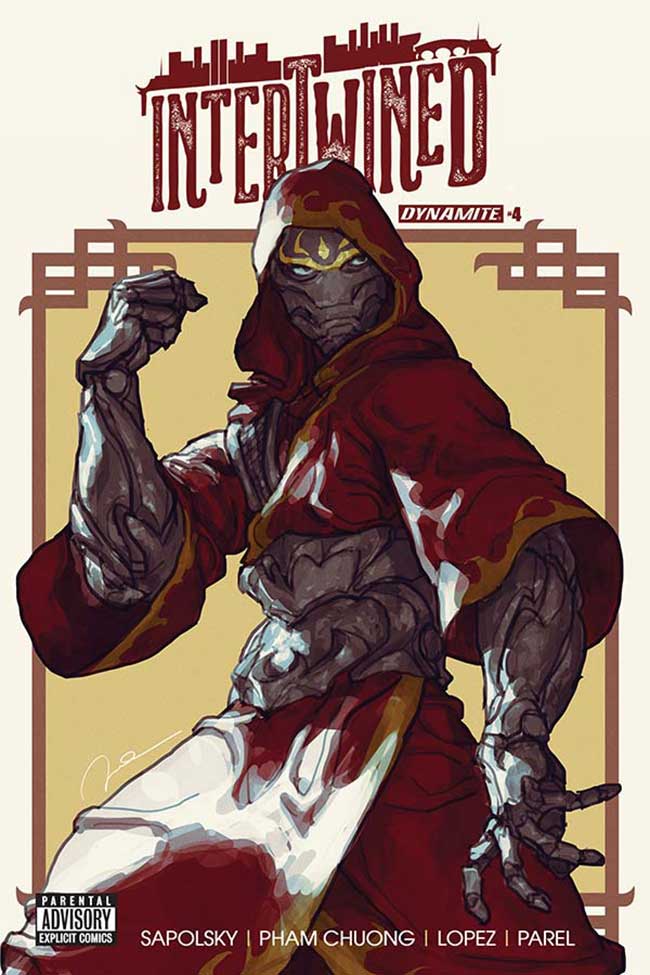 Intertwined #4
writer: Fabrice Sapolsky
artist: Fred Pham Chuong
cover: Gerald Parel
FC • 32 pages • $3.99 • Mature
At last, Juan Jin is the new Spirit of the Earth! But he has no idea why and what to do with his new powers! And frankly, he doesn’t care. Meanwhile, the Ghost Daggers, the gang led by the nefarious Nei Chang, are putting everyone in Chinatown under pressure. They want to find the Golden Dragon statue at all costs!

Right now, he has more pressing matters than his “destiny”: the Triads are after him to get The Golden Dragon, the New York Police Department considers him a person of interest in a murder case and he doesn’t know who to trust… Well, certainly not these other Spirits who all say they want to offer their help. There’s no easy way out for our hero.This issue is a perfect jump-on point for new readers! And as a bonus, the ultra-rare issue #0 is included!

Plus: an exclusive Spirit of Fire cover from fan-favorite artist Gerald Parel!