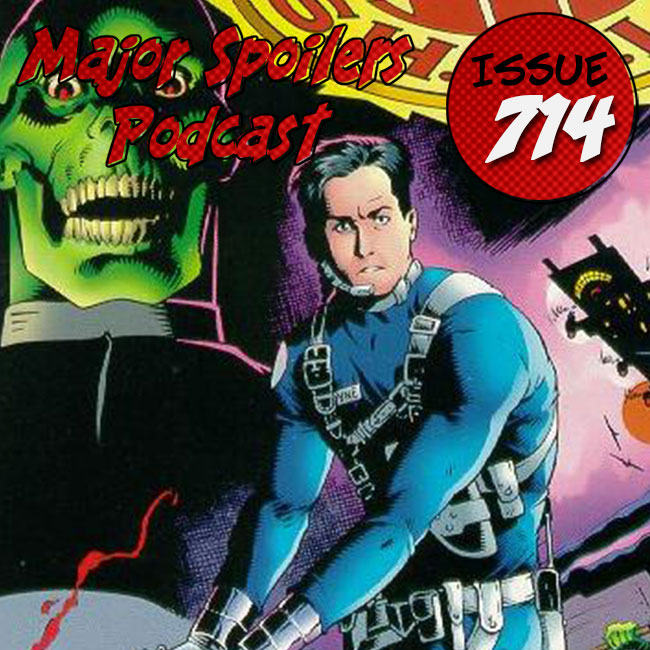 This week on the Major Spoilers Podcast: It’s a fifth week podcast! There is only one way to celebrate, with Amalgam Comics! Plus we discuss Ben Affleck is off of the Batman movie. Also we review Baltimore: The Red Kingdom #1, Mighty Morphin Power Rangers: Pink #8, The Fear Diaries #1, and Justice League Dark get reviewed.

NEWS
Ben Affleck Steps Down as Director of Batman Movie

REVIEWS
STEPHEN
BALTIMORE: THE RED KINGDOM #1
Writer: Mike MIgnola, Christopher Golden
Artist: Peter Bergting
Publisher: Dark Horse Comics
Cover Price: $3.99
Lord Baltimore is missing. The Red King—evil incarnate—is taking over the world. Baltimore’s team has been driven apart, with some of them dying on the frontlines while others are in hiding.

Synopsis: Final issue! Are Kimberly, Trini, and Zack ready to leave behind the life of a Ranger once more? What does this mean for Tommy and Kimberly?

RODRIGO
THE FEAR DIARIES #1
(W) Garrett Gunn
(A) Nicolas Touris, Jim Callahan, Ulises Grostieta
(L) HdE
A dangerous threat to children across the world has returned. In the depths of The Nightmare Realm, The Dark Mistress has bode her time, waiting for the right moment to strike. Theodore Bearsly and his ragtag team of stuffed heroes face the greatest battle yet as they encounter The Dark Mistress' army of evil toys who will stop at nothing to collect the fear of every child on earth.