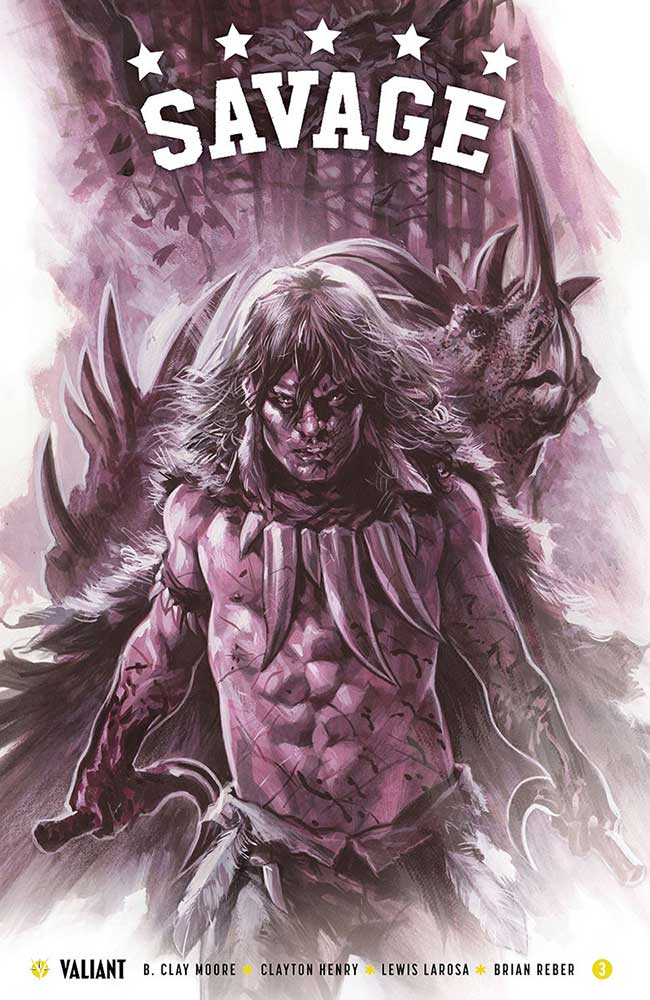 B. Clay Moore, Clayton Henry, and Lewis Larosa bring Savage #3 to stores this week, and we have a sneak peek, after the jump.

On a mysterious island seemingly untouched by time, order is about to give way to instinct. Stranded with no hope of rescue, the Sauvage family must sacrifice the people they once were…and embrace the animals within! But as prehistoric monsters stalk them at every turn, will their newfound bestialness be enough to ensure survival, or will they be forever trapped at the bottom of the food chain? And when tragedy befalls the once close-knit family, will their last tether to humanity be severed once and for all?