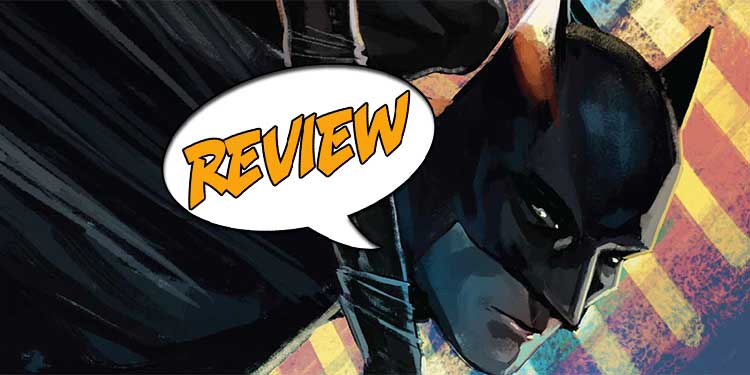 What do you do on the morning after that one-night affair? If you are Batman and Catwoman, you reflect on your years together. Previously in Batman: BATMAN AND CATWOMAN GOT IT ON!

THERE’S GOT TO BE A MORNING AFTER

While there are those that don’t want to see Catwoman and Batman making love on the rooftops of Gotham, the best page in this entire issue is the one page sequence where The Bat and The Cat tell each other they are in love. It is a quiet exchange that has a huge payoff in the expression on Selina’s face. While the payoff is all due to the art by Mitch Gerads, the pacing of the scene is all King. This page should go down as one of those pages that demonstrates how writer and artist come together to create a powerful message.

Back up a minute…

Remember when Batman and Catwoman first met? Yeah, there are some conflicting memories going on in this issue, with Batman remembering the Silver Age meeting, while Catwoman remembers Frank Miller’s Batman Year One version of the tale. What makes this sequence work so well is King is paying homage to both time periods without throwing one of them aside with a big “F’Continuity!” moment. It is precious, and of course leads to the “I love you,” exchange.

Then there is Holly Robinson, but not THAT Holly Robinson (god, I miss that). Turns out Batman’s only lead to where Catwoman is located is to find Holly Robinson. But Holly hasn’t seen the light like Selina has. Instead, Holly would rather slash Batman’s neck with a knife, leading our loving duo reuniting for a second time as The Cat saves The Bat. Long time Catwoman fans will know of Holly’s past, how she was Catwoman for a while, and how much rage still fills her heart. Once again, King pays homage to the past, while continuing to press the current story forward in another remarkable sequence. This is something every Batman and Catwoman fan needs right now – a writer who is willing to embrace the past instead of ignoring it.

King wraps up the issue with a robbery, and though Batman has one idea of what was stolen, readers know the real story (hint: it’s his heart). Again, another great sequence that brings forth a lot of emotions with very few words.

SO FULL OF SADNESS

Mitch Gerads understands Batman. He also understands Bruce Wayne. No matter how happy either is, Batman and Bruce Wayne will always have a frown on their face. This issue is filled with love and hope, yet Batman/Bruce is incapable of showing any of it. It’s really powerful, especially contrasted with smiles from Selina, Alfred, and others.

Over the last couple of years, I’ve been a casual Batman reader. Batman #15 is so good, it makes me want to make the series a must read going forward. If Tim King and Mitch Gerads continue making great stories, I’ll be there. Batman #15 is definitely worth picking up.

Batman #15 is so good, it makes me want to make the series a must read going forward.