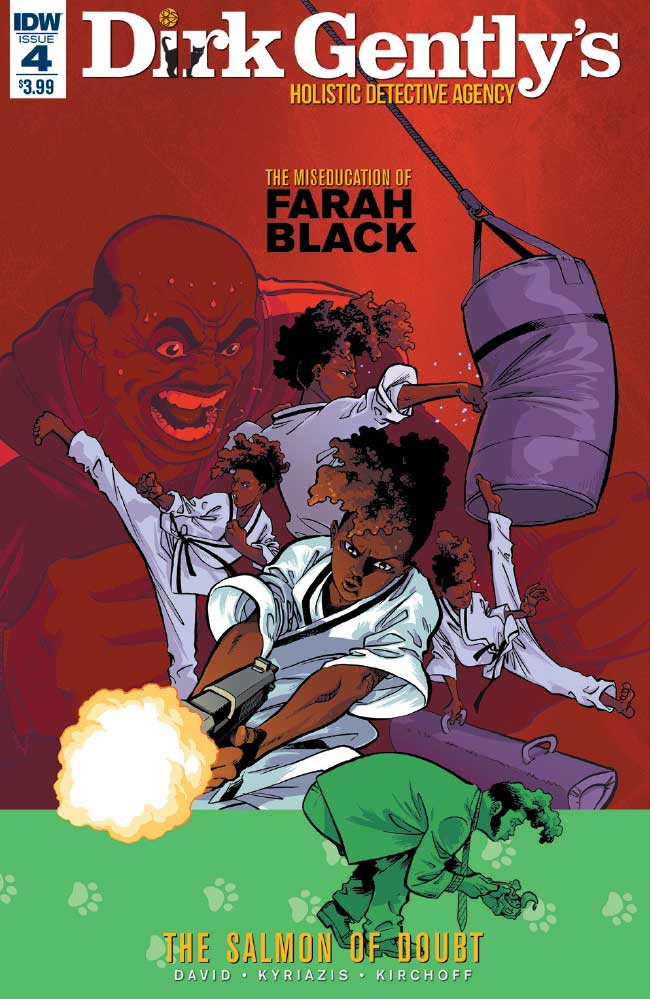 Written by the executive producer of the Dirk Gently tv series, this week IDW Publishing releases Dirk Gently: The Salmon of Doubt #4.

Dirk Gently: The Salmon of Doubt #4
Arvind Ethan David (w) • Ilias Kyriazis (a & c)
Plagued by nightmares of a life he never had, Dirk Gently discovers that a holistic detective can have more than one past, and they’re about to catch up with him! Featuring favorite characters from the original books as well as the cast from the TV series, including Samuel Barnett and Elijah Wood!
FC • 32 pages • $3.99