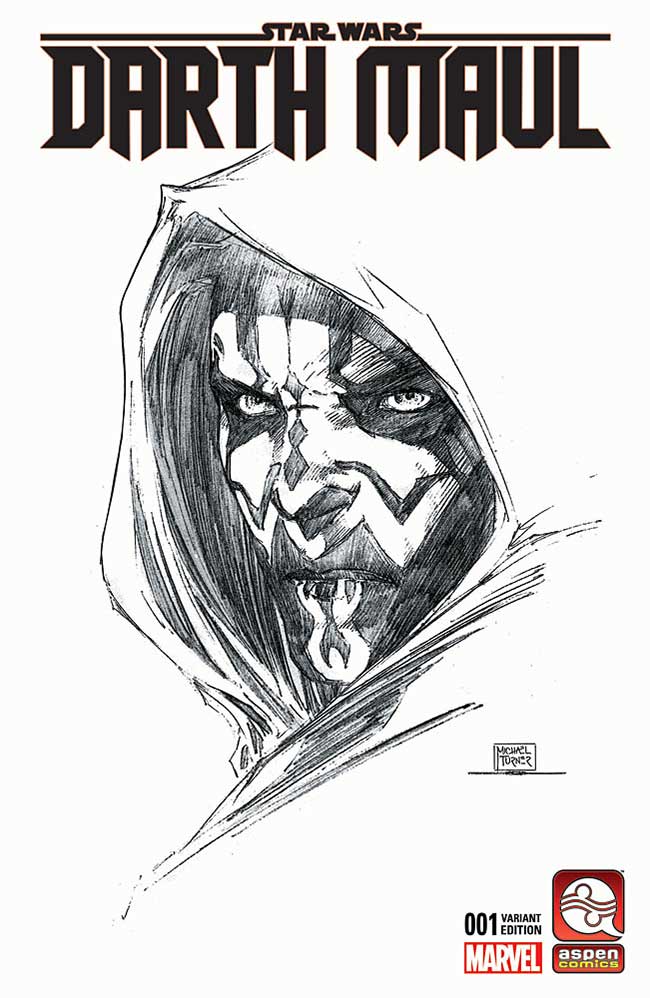 When the new Darth Maul series kicks off at Marvel, be on the lookout for a variant cover by the late Michael Turner.

One of only a small handful of contemporary Star Wars images Michael Turner illustrated before his passing, this exclusive www.AspenStore.com cover featuring the fearsome Darth Maul is an absolute must for any comic book, Michael Turner or Star Wars fan. Colored for the first time by the incomparable Peter Steigerwald, the comic book galaxy just got a little bit deadlier with the release of this brand new Michael Turner Darth Maul exclusive cover!

Pre-orders kick off on January 14th at noon Pacific Time, with the issue (limited to 2,000 copies) arrive on February 1st.