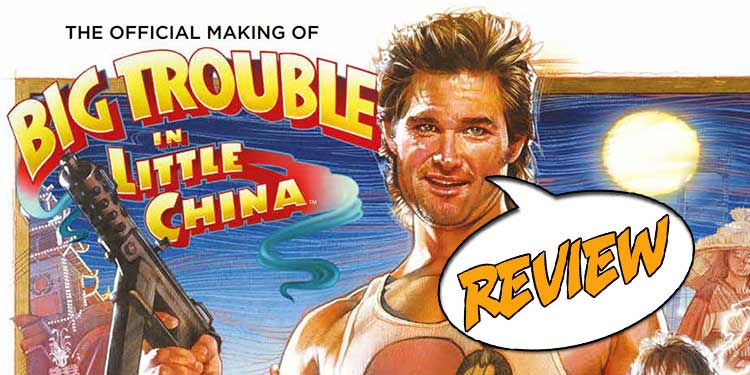 It should come as no surprise that Big Trouble in Little China is one of my favorite films from the ’80s. There’s something about a fish out of water hero who stumbles and fails his way through a story that hits all my favorite buttons. This week, BOOM! Studios releases The Official Making of Big Trouble in Little China book, that proclaims to give us a behind the scenes look at the making of the movie. In 1986, director John Carpenter brought a dark fantasy martial arts film to the silver screen. Starring Kurt Russell, Kim Cattrall, Dennis Dun, James Hong and Victor Wong, the movie tells the tale of trucker Jack Burton who is drawn into the mysterious underworld beneath the streets of Chinatown. There, Jack and his friend Wang Chi, fight the forces of evil sorcerer David Lo Pan, to save Wang’s fiancee and lawyer Gracie Law. In an hour an a half, audiences are treated to fights involving martial arts gangs, demigods, monsters, and Lo Pan himself! Sadly, the movie was a commercial failure, bringing in $11.1 million against a $20 million budget. Reviews were so mixed, John Carpenter left the Hollywood system to return to indie films.

“The experience [of Big Trouble]was the reason I stopped making movies for the Hollywood studios. I won’t work for them again. I think Big Trouble is a wonderful film, and I’m very proud of it. But the reception it received, and the reasons for that reception, were too much for me to deal with. I’m too old for that sort of bullshit.” – Wikipedia

Over the years, Big Trouble in Little China gained a huge cult following, and has landed on many reviewers favorite movie list. While it has taken 30 years for a making of book to land in our laps, we finally get the behind the scenes look at the movie, done in a way that honors the movie. If you ever wanted to know how they made a flying eye monster move, or wanted to see the notes that introduce audiences to Jack Burton, then The Official Making of Big Trouble in Little China is worth checking out.

Tara Bennett is no stranger to writing movie and television companion books. She’s taken on Outlander, Sons of Anarchy, Fringe, Lost, 24, and more. It is clear she has a knack for writing tomes in this space, and this book is a nice addition to her resume. The same is true for Paul Terry, who has also penned publications for many of the Bad Robot TV shows and movies from LEGO and DreamWorks. With enough time spent researching in your local library morgue, you could probably piece together bits and pieces of information found in this book, but really, no amount of Wikipedia reading will give you everything you need in one place.

Among the hundreds of photographs, including shots of actor James Hong being transformed into ancient Lo Pan, readers will find interviews with the cast and crew that will make you look at certain elements and scenes from the movie in a way you have never done before. 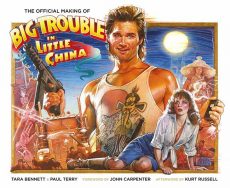 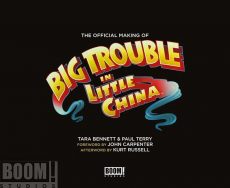 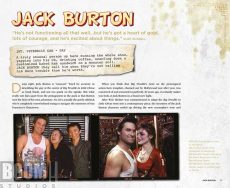 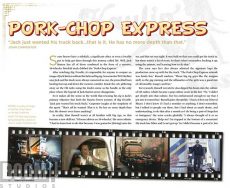 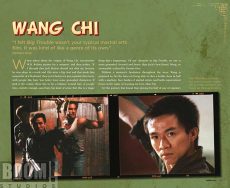 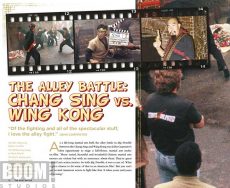 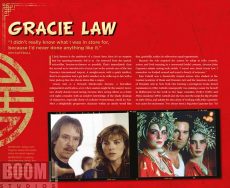 Unfortunately, with only 180 pages of content – a lot filled with behind the scenes pictures and stills from the movie – there is no way to get a truly complete look at the making of the movie. The Official Making of Big Trouble in Little China is no Future Noir: The Making of Blade Runner – you are not going to get a detailed breakdown of the things that went horribly wrong. This book is a celebration of the film, and presents information in a way that makes you want to grab your copy of the film and watch it again and again (something that was already planned for this weekend’s family fun).

While it would have been nice to have more pages and content, this book as a great companion to the movie, and let’s readers take a trip down memory lane. Fans of Big Trouble in Little China will want to add The Official Making of book to their buy pile.

The Official Making of Big Trouble in Little China

Fans of Big Trouble in Little China will want to add The Official Making of book to their buy pile.