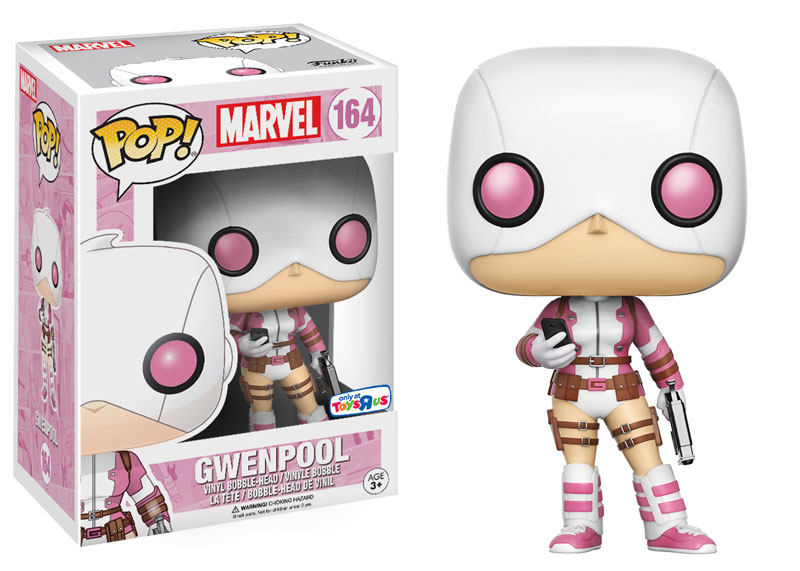 Can’t get enough Gwenpool in your life? Good news, Spoilerites, Funko has announced, not one, not two, but THREE Gwenpool POP! Vinyl figures that are arriving at toy stores near you.

A longtime fan of the Marvel Universe, The Unbelievable GwenPool is eager to make a consequence-free impression on the world! Collect her with her mask and katana, with her mask and cell phone (exclusively at Toys R Us), or unmasked (only at Walgreens)!

I still think it is odd that Walgreens has become a destination location for grabbing exclusive toys and games, but there you go.

The three figures will begin to appear in February.