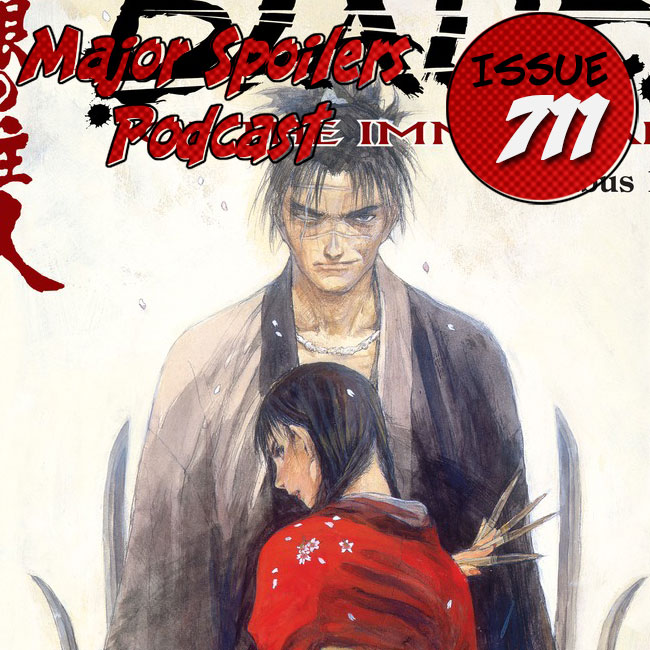 This week on the Major Spoilers Podcast: Sometimes it is okay if you get worms, as we find out in Blade of the Immortal Omnibus Vol. 1! We also discuss The CW renewing superhero shows, review Scooby-Doo Where Are You? #77, Nova #2, Savage #2, and Motor Crush #2. Plus, Time Travel!

REVIEWS
STEPHEN
SCOOBY-DOO, WHERE ARE YOU? #77
Writer: Ivan Cohen
Artist: Randy Elliott
Publisher: DC Comics
Cover Price: $2.99
Scooby, Shaggy and the gang are checking out the excitement at a big surfing contest, but one thing they weren’t expecting to find was pirates! Fred and Daphne suit up to help uncover the culprit, but will they solve the mystery before they all have to walk the plank?

THE RUMORS ARE TRUE! Richard Rider is back from the dead! Even better - he's back in his Nova helmet! But Earth already HAS a Nova as its guardian, and Sam Alexander isn't one to be replaced so easily.

ASHLEY
MOTOR CRUSH #2
Writer: Brenden Fletcher and Camerson Stewart,
Artist: Babs Tarr
Domino confronts her father about the “machine narcotic” Crush, and is forced to put her life on the line to save an old flame from danger. Featuring Part Two of ISOLA: PROLOGUE by BRENDEN FLETCHER and KARL KERSCHL!

Major Spoilers Poll of the Week: Gotta Get Back in Time

DISCUSSION
BLADE OF THE IMMORTAL OMNIBUS VOLUME 1
A cursed, seemingly immortal warrior aids a young girl in her quest for revenge. Samura’s massive manga series spawned an anime run, a spinoff novel, an art book, and a live-action film! Intense and audacious, Blade takes period samurai action and deftly combines it with a modernist street idiom to create a style and mood like no other work of graphic fiction! Collects volumes 1–3.