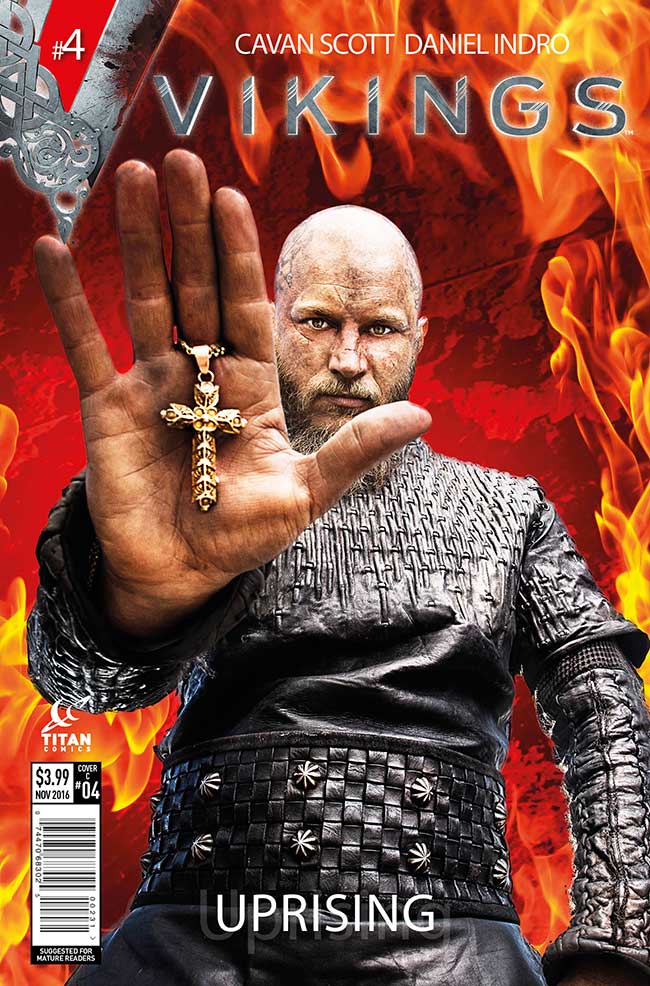 Based on the television series, Vikings Uprising #2.4 arrives in stores this week. Take the jump for a sneak peek of the issue from Titan Comics.

VIKINGS UPRISING ​#2.4
Writer: Cavan Scott
Artist: Daniel Indro
Colorist: Kevin Enhart
FC – 32pp – $3.99
Lagertha and her forces are in a desperate situation, as she finds the rebel slaves have learned a lot from their former masters. It will take all of her bravery and resourcefulness to survive! Meanwhile, in Kattegat, Ragnar faces public scorn and a fight for his life!