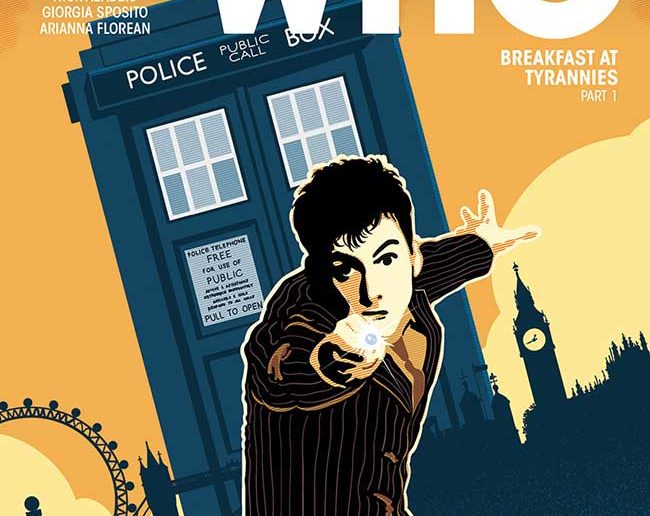 Titan Comics releases Doctor Who: Tenth Doctor Year Three #1 this week, and we have a sneak peek of the issue, after the jump.

DOCTOR WHO TENTH DOCTOR YEAR THREE #1
Writer: Nick Abadzis
Artists: Giorgia Sposito, Arianna Florean
FC – 32pp – $3.99
It’s a brand-new season for the Tenth Doctor and his loyal travelling companions, Gabby Gonzalez and Cindy Wu! Jump on board with a two-part opening story – ‘Breakfast at Tyrannies’ that introduces a whole new terror to test the Doctor and his friends! Plus: a new companion joins the TARDIS – the like of which you’ve never seen! 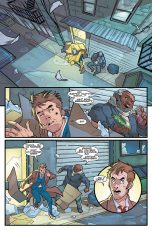 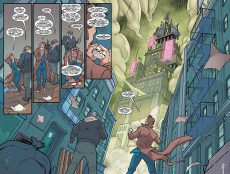 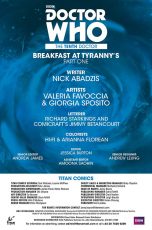 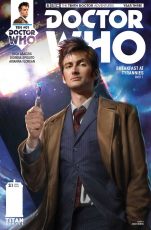 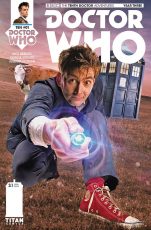 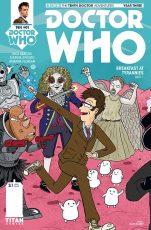 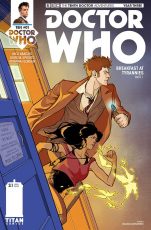 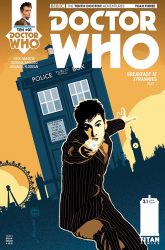 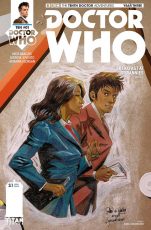