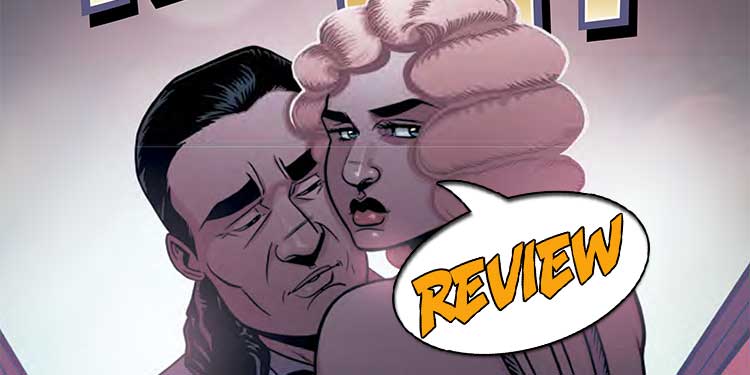 Mix in one part L.A. Confidential, with two parts The Black Dahlia Murder. Add two scoops of mobster influence, and a hero who isn’t afraid to punch someone in the face to get answers, and you have Angel City. Previously in Angel City: The mob is has divided operations in Los Angeles – some happy with the results, while others plot to rub the other out. For Delores, the intersection of the Sunset Strip and the mob is going to lead her to find out who killed her best friend.

NEVER BRING A GUN TO A STAGED MURDER

Now that Bugsy Siegel has made a deal with the west coast syndicate, it’s time for him to shake things up, and Delores’s semi-boyfriend/part-time boss is more than happy to muss up a few faces to make sure Siegel comes out on top. Unfortunately, that means he’s playing fast and loose – even with the police in his back pocket. Knowing Gino is somehow involved in the scheme that got her best friend killed is too much for Delores, and too much for their relationship. And it may be too much for our hero when she starts pushing people a little too hard to get answers.

If you a fan of noir detective tales, and the history of the mob colluding with Hollywood studio executives during the ’20s and ’30s, chances are you’ve run across tales similar to Angel City. The Black Dahlia case is the tip of the iceberg when it comes to gruesome Hollywood murders, and Janet Harvey continues to tap into the world of crime and tinsel in this issue. While many beats seem repetitive, this series is simply following a tried and true method of storytelling in the Hollywood crime genre (or sub-genre if you want to be “That Guy”). Personally, I don’t have a problem following a particular method if it works, and if the creators can add enough new elements to the story to make it seem fresh. Delores, and her job as a mob enforcer, along with those helping to find out whodunit add the necessary swerve that makes this series engaging.

Megan Levens art continues to please me, though I’m still kind of bothered by the way noses are drawn. As the story has progressed, a number of new characters have appeared that all have a similar appearance – dark, slick backed hair, business suits, and square jaws, so it has become harder to differentiate some male characters when names aren’t being used. On the plus side, Levens doesn’t try and make everyone look like they are stuck in their 20s. I really like how she brings battle axe Aggie Underwood to life. She really looks like someone who has been covering the crime beat at the L.A. Times for decades.

I do love period crime thrillers, and if those stories happen to involve the corrupt studio system, I’m down for just about anything. I believe there are two more installments to go in this series, and I hope Janet Harvey and Megan Levens have more tales set in this universe with Delores Dare as their hero. The tale takes an interesting turn this issue, and if you’ve been reading the series, this is definitely a pleaser. If you get a chance, pick the issue up.

I do love period crime thrillers, and if those stories happen to involve the corrupt studio system, I'm down for just about anything.