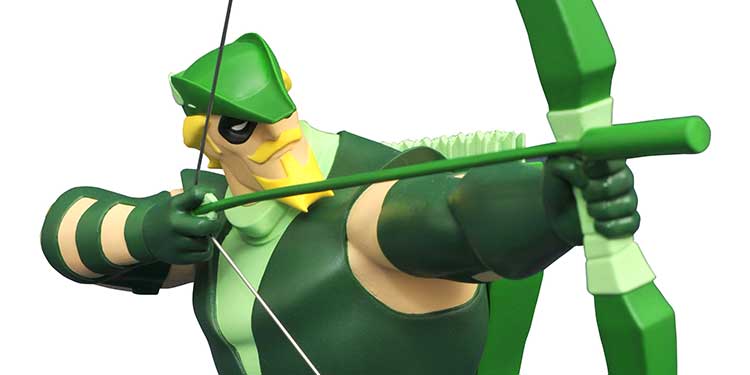 By Stephen Schleicher on January 6, 2017 0 Comments Joining fellow Justice Leaguers Batman, Superman, Hawkgirl and more, this approximately 6” resin bust of Oliver Queen captures the archer as he appeared in the Justice League Unlimited animated series, taking aim with his bow and arrow atop a pedestal base styled after the JLU‘s Watchtower satellite.