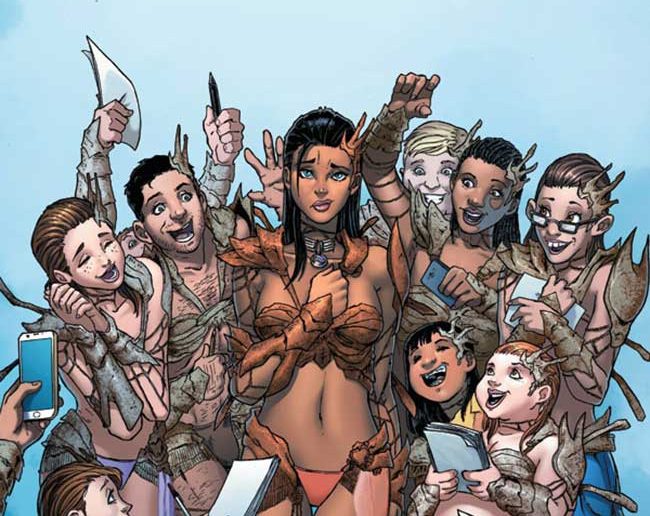 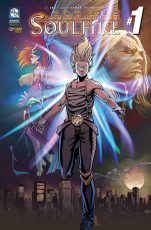 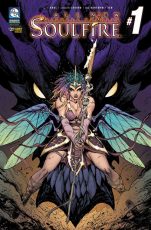 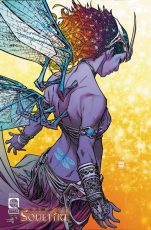 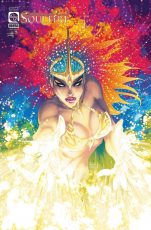 Following the events of ASPEN UNIVERSE: REVELATIONS, the world of SOULFIRE has a new status quo, as magic and technology have intertwined as never before! Meanwhile, Soulfire’s Grace, Malikai and friends now must also discover that things are not as they seem in the year 2211—including new—and old—dangers that seek to eliminate them!

Nearly fifteen of the best-selling series created by superstar artist, the late Michael Turner, have culminated in this brand-new SOULFIRE adventure by Aspen’s talented creative team! Please join writer JT Krul, artist Giuseppe Cafaro, and colorist Wes Hartman as they bring readers back to the magic, myth, and everything you loved about SOULFIRE! 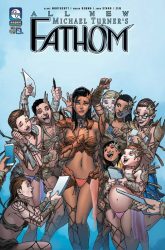 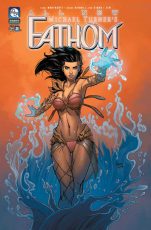 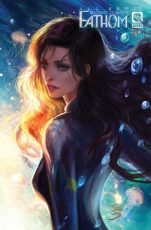 Aspen Matthews learns that saving countless lives has unexpectedly hindered her own life—as the rest of the world attempts to learn more about her recent heroics. However, the destructive peril she dispatched of returns in new, unexpected—and deadly ways! Join in on the fun of bringing Michael Turner’s SOULFIRE to vivid life in this second thrilling coloring book filled with 60 illustrations by series creator Turner, along with today’s hottest comic book superstars including V. Ken Marion, Joe Benitez, Jason Fabok and more! From the creator of Executive Assistant: Iris, Legend of the Shadow Clan and Witchblade, and the artist of Fathom: Kiani comes a new tale spanning centuries, deep within the heart of the ancient civilizations of Africa…  The jaw-dropping finale of the pulse-pounding first volume is here, as Naomi must conquer the forces of evil threatening to not only take her over —but also the modern world! In the future, technology is everywhere. Yet, there is a greater source of power and wonder now in existence – magic!

After saving the world from the destructive force of chaos itself, Malikai and his friends try to return to a life of normalcy and peace. However, a secret danger grows in the shadows between magic and technology, and it has a name – RAINIER, and he will stop at nothing to ensure the group’s demise in his quest to consume all of the magic for his own machinations!

From the mind of visionary creator Michael Turner and New York Times Best-Selling author J.T. Krul, along with the amazing art abilities of V Ken Marion and Erick Arciniega, comes the latest collected chapter in the thrilling SOULFIRE series!