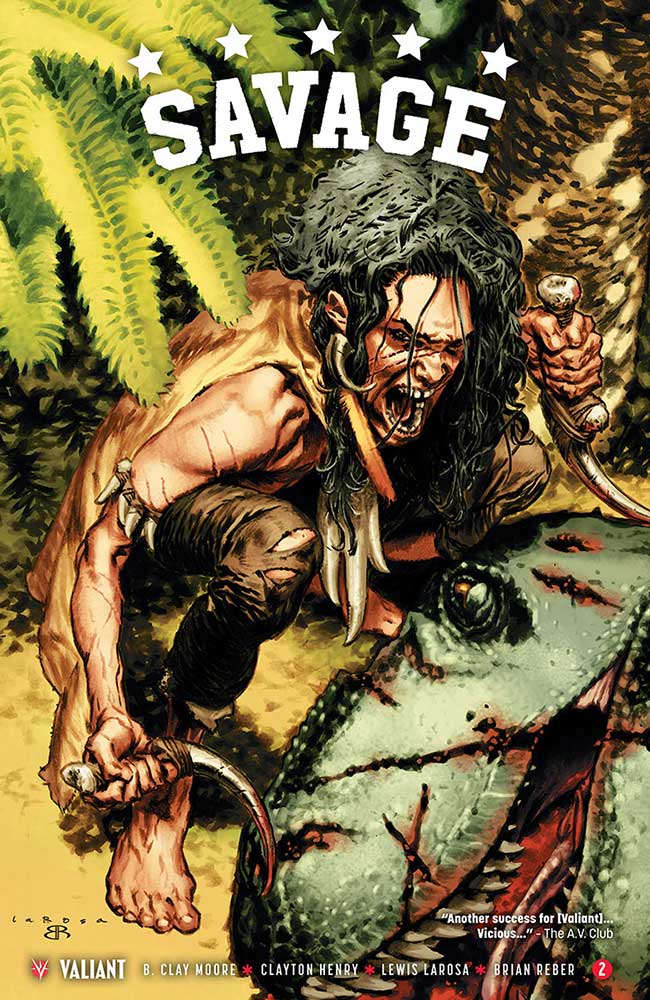 NATURE CONQUERS ALL! Find out what that means in this sneak peek of Savage #2 fro Valiant Entertainment.

It’s survival of the fiercest as acclaimed writer B. Clay Moore (Hawaiian Dick) and blockbuster artists Clayton Henry (HARBINGER WARS) and Lewis LaRosa (BLOODSHOT REBORN) catapult the fiercest Valiant hero of all time into the bone-breaking comic book debut that will have everyone talking!