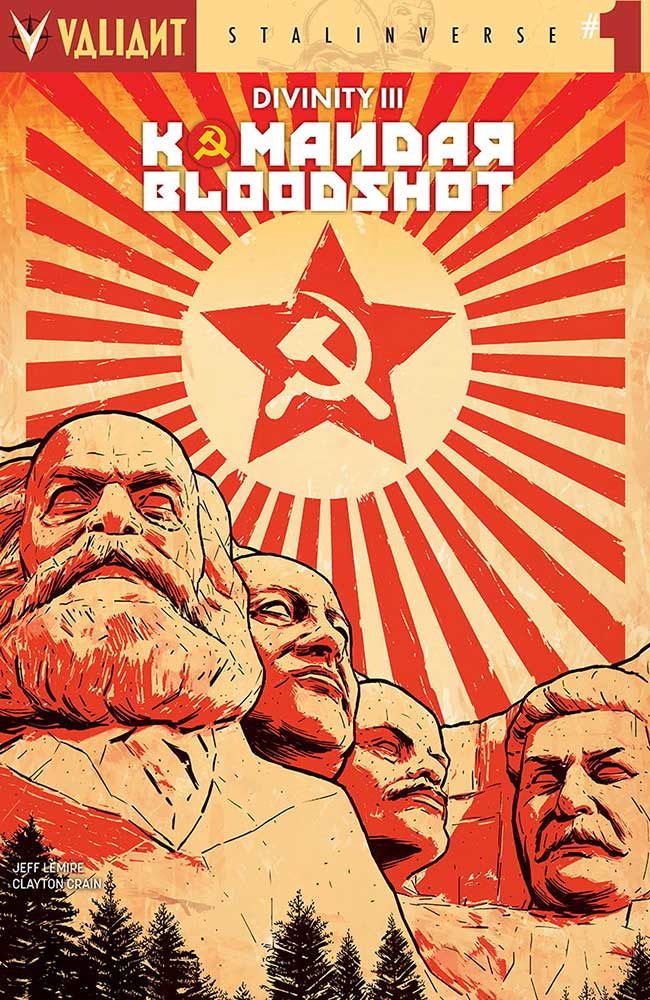 Valiant Entertainment has released a sneak peek of Divinity III: Komandar Bloodshot #1 that is set to arrive in stores this week.

Valiant’s first reality-shattering event explodes outward as Jeff Lemire & Clayton Crain lead KOMANDAR BLOODSHOT from DIVINITY III…and into a gut-wrenching tale of power, sacrifice, and authority that will take Valiant’s blood-stained icon to his most punishing depths yet!