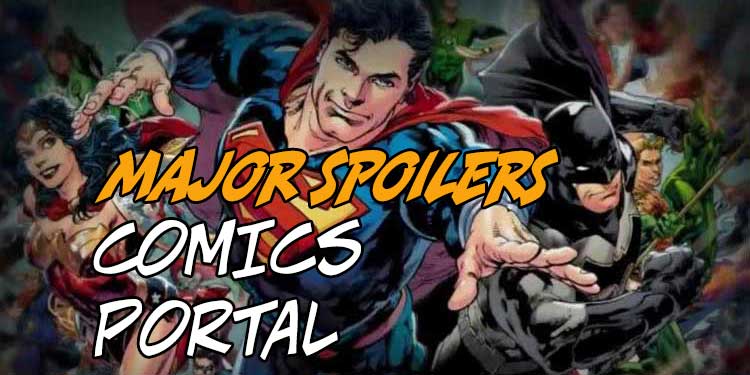 Word has been circulating on the Internet recently that DC Comics is going to start an advertising campaign in January, running eleven different commercials on select cable television channels to advertise the trade collections of the first wave of Rebirth books.

These include AMC, IFC, TBS, TNT, TruTV, El Rey and Boomerang. Not the most watched of networks, but they don’t have to be.

Smart idea, I think. Let me tell you why. Rebirth has done a great job of reviving interest in DC’s comics. I still see people who come to local shops and buy only Rebirth books, asking for them and them alone. Some folks have said they were about to leave comics before this event happened. Of course, Civil War II has been strong for Marvel as well, I should point out.

I have mentioned that the normal way of doing things has returned, with Marvel the best-selling company again after a few months of DC on top.

So, what’s a company that has pretty successfully reached out to comics fans to do now? Where do you find new readers?

Well, what about those people who love comics but have already left them behind? How do you reach them and attract them to your product?

One successful way is to advertise on TV. I see many local comic conventions doing that a lot, reaching out to other nearby markets as well as their home base. Many local shops have done that as well.

Almost everyone watches TV, some of us more than we should! If you can craft an appealing commercial letting people know that Rebirth’s first trades are coming out, it’s a perfect time to attract potential readers.

A few years back, I was working with a local Star Trek club into attracting new members. We checked out all the local media, including newspapers, radio and cable TV.

I was very surprised to see how affordable cable TV actually was. I’m sure the rates have changed some since that time, but newspapers are on the way out, and radio has lost a lot of listeners to iMachines, and many stations have gone to the “all hits, all the time” format in an attempt to draw in those listeners who remember the “glory days” of pop music on the radio dial. Cable TV also has other advantages besides cost. Now, these may have changed some since I looked into it, but I bet a lot of it remains true.

First is that many local cable TV companies will work with you to select the specific channels that will work best for you. As a sci-fi/Star Trek club, they recommended we run commercials on what was then the Sci-Fi Channel, Cartoon Network and other related channels. Made sense to me!

(I should mention that the club eventually decided against doing any advertising, preferring inexpensive flyers at local sci-fi cons. That didn’t go too well, by the way.)

Many cable companies spend a lot of time and effort to study demographics (who watches what show when) in order to make sales like this. Hey, if you get good results from advertising with them, you could bring others on board!

If you run a local comics shop, I would recommend you at least call your local cable TV provider for information if you want to increase your customer base. See what kind of deal they can offer!

For DC, it all comes down to the aforementioned demographics. Who watches what channel matters because you might reach more of the people you want to on a lesser-watched network.

Say you pick news networks, regardless of which one you want. Yes, you’ll likely reach more eyes than AMC or Cartoon Network. But being on the same channel that carries the live-action Walking Dead, maybe even running your commercial during that show or its companion Talking Dead, could get you just the audience you need!

And January is a great time to advertise, when folks in the northern areas are stuck inside due to cold weather. They’re looking for something to do – well, at least some are! If you can draw in new readers who will keep buying your books in the coming months, go for it!

THE COMMERCIALS THEMSELVES WILL BE CRITICAL If you know anything about advertising, you realize that you only have a few seconds to attract a viewer’s interest. If you don’t, they might just run down the hall or fix a sandwich while your precious advertising seconds are passing by.

I’m not an advertising exec, so I can’t make suggestions other than what I think, as a fan, what they might consider.

I recently saw an hour-long show on The CW featuring Kevin Smith and Geoff Johns talking about what was the upcoming Batman v. Superman film as well as other products DC was releasing soon. Now, the non-comics reader in the household was bored, but those of us into comics were anxious to see what they had to say, and we were even more intrigued!

I’d recommend doing a shorter version of that, if possible.

Some folks are conjecturing that these ads will be animated shorts featuring storylines from the Rebirth books.

I’m kind of two minds on that idea. Using animating to advertising games, I get. Using animation to advertise comics, I don’t get. After all, the comics aren’t animated, and your commercials show people what they’re NOT getting. On the other hand, how do you read out to gamers and such? Animation just might help! We’ll see.

DC ran commercials back at the start of Rebirth, and I’m not sure how successful they were. Anybody know about that?

Again, these are thoughts from someone who loves comics and has a tangential idea of how to advertise on TV. Maybe Warner Bros. can better advise?

I’m very happy to hear that DC is going to reach out in other ways to get the word out to possible readers/buyers of their product. That’s going to help them, I think, in attracting new customers and hopefully increasing their appeal as a more savvy company/brand as well.

I still think giving out flyers or even free books (a la Free Comic Book Day) at movie theaters showing superheroic films might attract more readers. The question is, will you get enough to make it financially feasible? I’m not sure!

Do you have any ideas to suggest? I’m sure the industry, not just DC, would love to hear them, so feel free to share them in the space below!

And please celebrate the coming of 2017 this weekend safely! We need you with us in the New Year and for years to come!