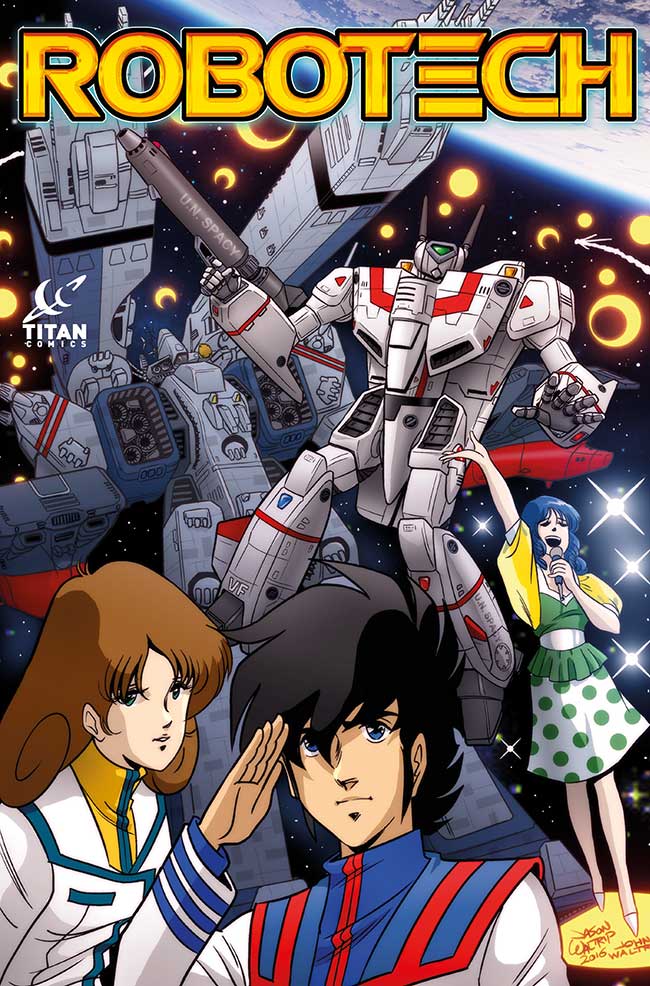 Now, return to the Robotech Saga with Titan Comics and Brian Wood for all-new adventures!

“We are excited to have the opportunity to work with Brian to expand the Robotech universe.” said Robotech’s Tommy Yune, “His bold approach to storytelling is thoughtful and will be full of surprises for fans.”

With annual global meet-ups and conventions, a fast-growing social media following, as well an avid collector market for toys and merchandise, Robotech fans are passionate supporters of this amazing cult franchise – and a spectacular live-action movie adaption by director James Wan (Aquaman, Furious 7) is currently in development at Sony. Look for further details on the creative team very shortly.