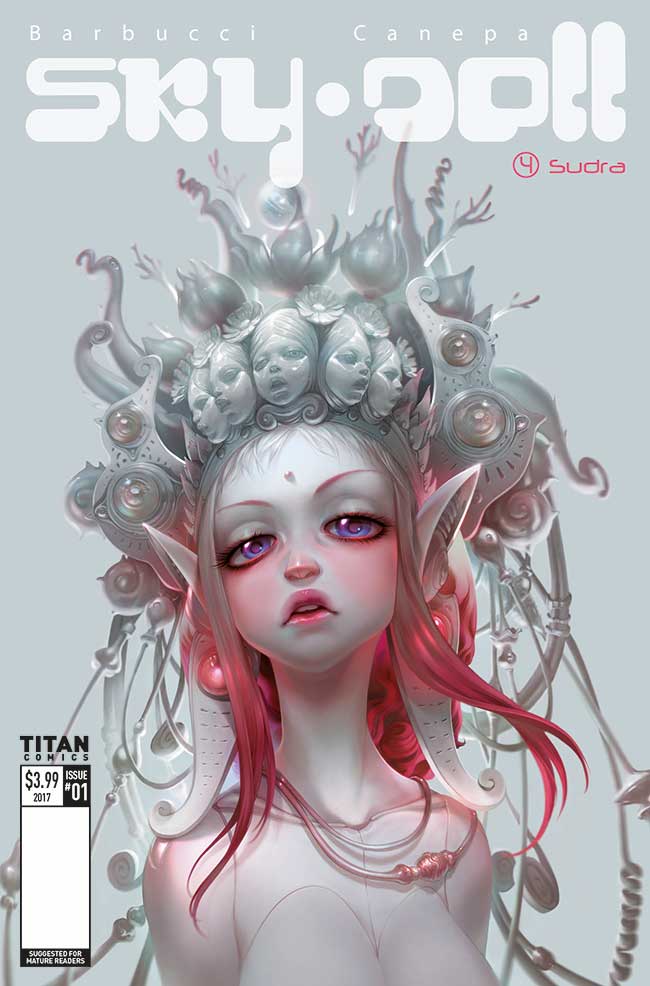 Noa and her band of followers have settled on the beautiful planet of peace, Sudra, where religions and people co-exist in harmony. As Noa secretly plays at being a priestess, she begins to learn things about Sudra that suggest all is not as it seems…

This series was originally published in French in Soleil in 2014. This translation will arrive on March 8, 2017.