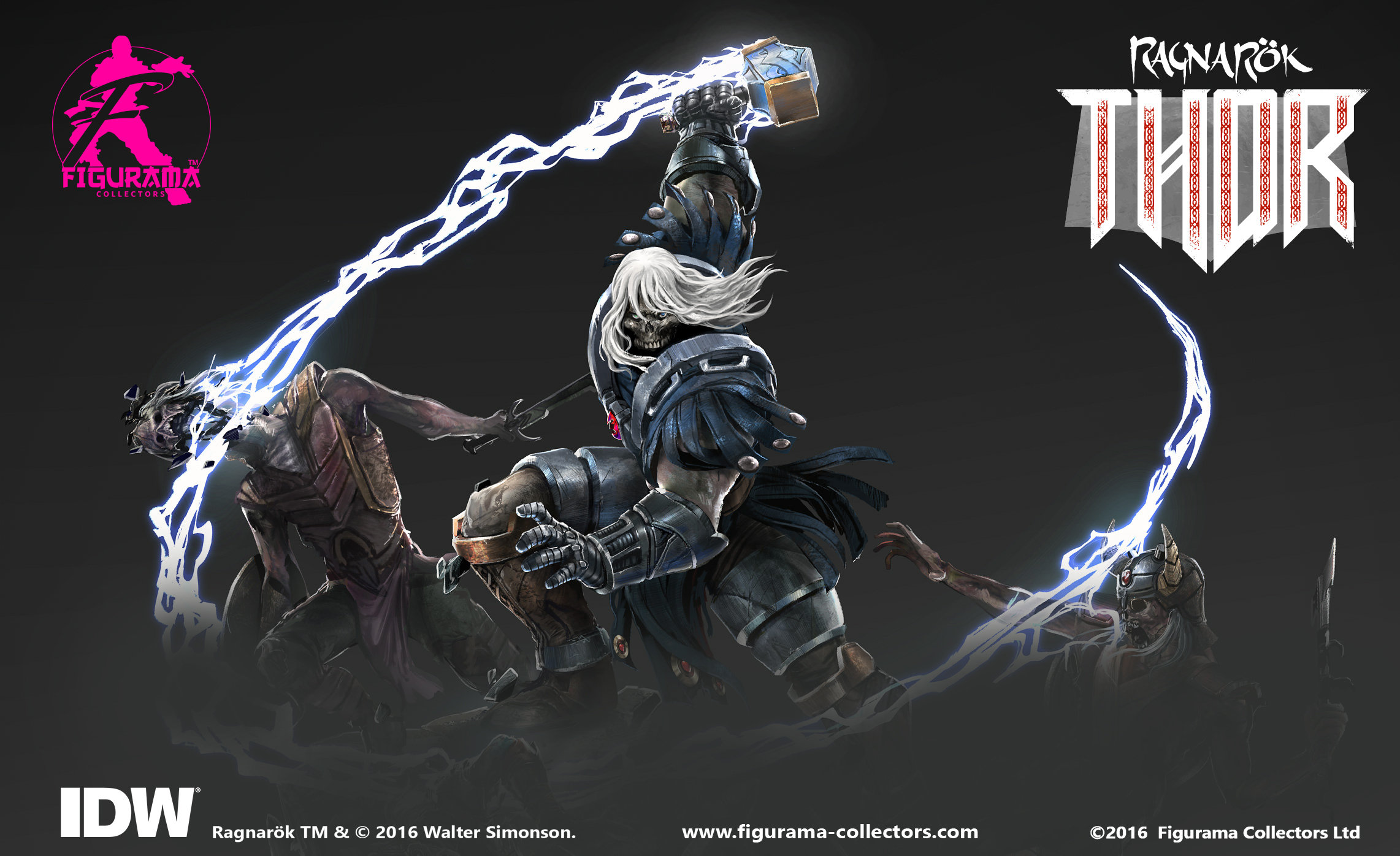 IDW is excited to announce that Figurama Collectors Limited has been added to the roster of IDW licensees. Figurama will be producing collectible 1/6 scale Ragnarök figures based on the award-winning comics from Walter Simonson, Laura Martin, and John Workman.

The collectible figures will be distributed worldwide and be made available via specialty and independent stores as well as collectible/novelty E-commerce sites. Concept art of the first figure Ragnarök Thor figure showcases Thor vanquishing his enemies, capturing a breathtaking moment inspired by the comic book.

I couldn’t be more excited to see a Ragnarök Thor in person!” said Walter Simonson. “It’s going to make drawing that guy a whole lot easier!! Two thumbs up!”

“In this concept, we covered all the great elements from across Walter’s comic and combined them to give a complete picture about the comic and communicate a full experience,” said Mohammad Shanab, Founder and CEO of Figurama Collectors Ltd. “Our goal was to capture all the elements and details and freeze them in time in order to create a timeless piece while staying as true to the comic as possible.”

Ragnarök has been widely praised as one of the best comics currently running, earning a spot on CBR’s Top 100 Comics of 2015 list as “a master storyteller doing a masterpiece.”

Leading comic book trade site Comics Alliance has given the series its highest recommendation, stating that “Ragnarök is Simonson in top form.”

Fans of Simonson and his latest, greatest creation, can expect the first series of figures to roll out Q3 2017.