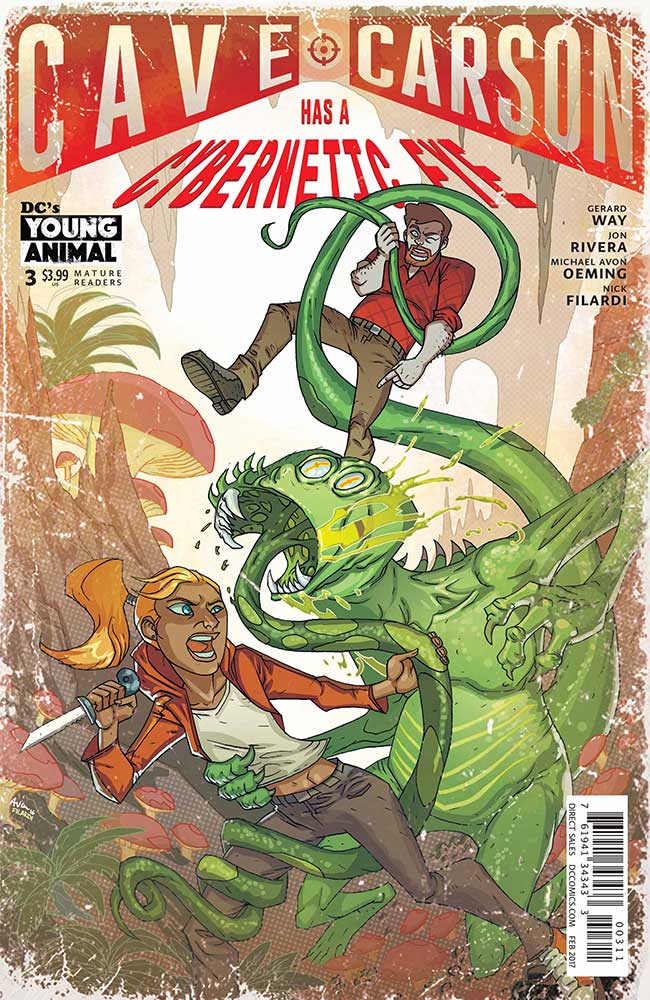 The search for the lost city of Muldroog continues in this week’s Cave Carson Has A Cybernetic Eye #3.

CAVE CARSON HAS A CYBERNETIC EYE #3
Written by: Jon Rivera, Gerard Way
Art by: Michael Avon Oeming
U.S. Price: $3.99
Cave and his ad hoc team of spelunkers (his daughter Chloe and best-bud mechanic Jack Wheeler) have answered the call to adventure! But as they search for the lost city of Muldroog, Cave’s employer sends a crack team of his own in the latest in subterranean transportation: the Mighty Mole MK 2, led by a famed explorer from Cave’s past. And it looks like they’re out for more than just the return of EBX property…

This issue features a variant cover by Paul Rentler that combines with this month’s other variant covers from DC’S Young Animal to form a single image.