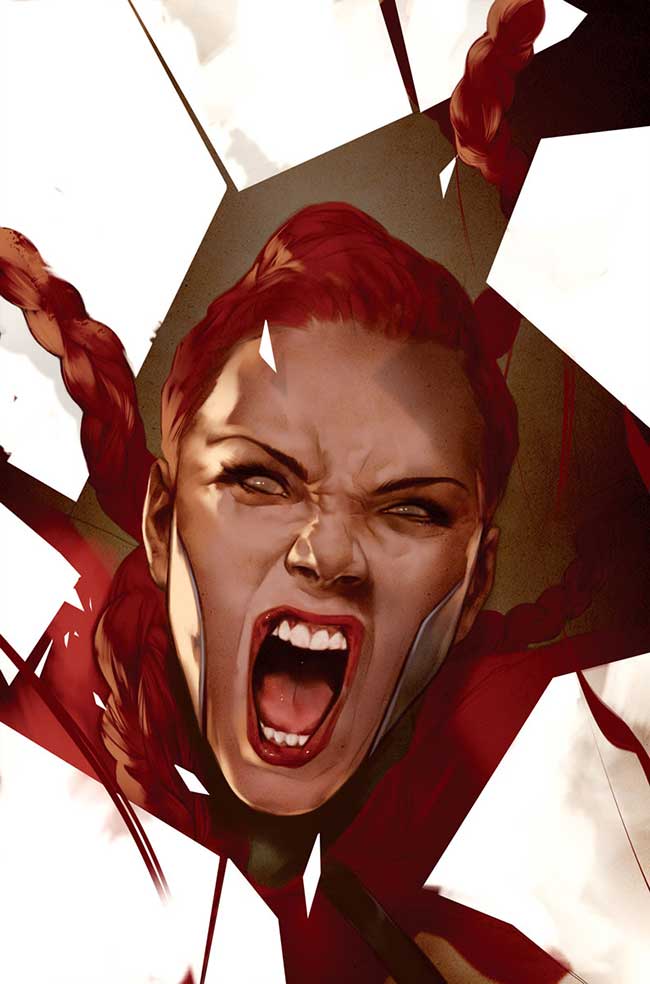 Valiant Entertainment sent us a sneak peek of Ninjak #23, the issue that kicks off The Seven Blades of Master Darque story arc.

NINJAK #23 (NEW ARC! “THE SEVEN BLADES OF MASTER DARQUE” – PART 1)
Written by MATT KINDT
Art by MARC LAMING
Cover A by RYAN BODENHEIM
Cover B by BEN OLIVER
Cover C by FELIPE MASSAFERA
Character Design Variant by RYAN LEE
Variant Cover by BILQUIS EVELY
Variant Cover by BEN TEMPLESMITH
$3.99 | 32 pgs. | T+
Master Darque – the sadistic lord of death and resurrection – wrests to be free once again, but first he must fight for his life. Darque is a target, his powers are weak, and his enemies know it. Now, Darque’s own former pupil and Ninjak’s ruthless arch-nemesis – the lethal assassin known as Roku – has gathered the Shadow Seven together again for the sole purpose of putting Darque down for good. And the only thing holding their uneasy alliance together is a mysterious benefactor from the shadows… Someone who also goes by the name Darque…