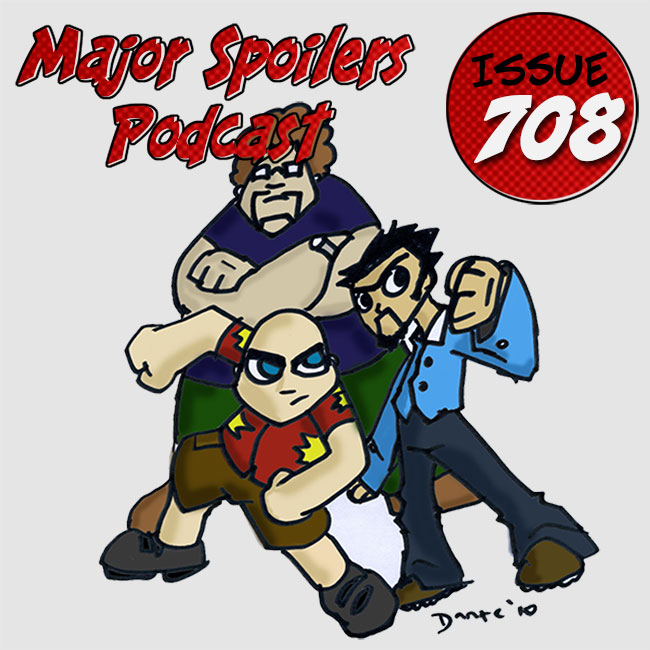 This week on the Major Spoilers Podcast: It’s just two old guys talkin’ ‘bout comics, but at least they are your two favorite old guys. Star Trek?Green Lantern #1 and Serenity: No Power In The Verse #3 get reviewed, and we see who is on the naughty or nice list.

REVIEWS
STEPHEN
Star Trek/Green Lantern #1
Writer: Mike Johnson
Artist: Angel Hernandez
The galaxy-spanning crossover epic continues in this sequel to the blockbuster STAR TREK/GREEN LANTERN: THE SPECTRUM WAR! Captain Kirk and Hal Jordan lead the combined might of Starfleet and the Lantern Corps on an all-new adventure against new foes from both franchises! Don’t miss the crossover event of the 21st Century…and the 23rd!

MATTHEW
SERENITY: NO POWER IN THE 'VERSE #3
Writer: Chris Roberson
Penciller:Georges Jeanty
With River still away from the Serenity, Mal and the crew are forced to conduct a rescue mission without her. Simon and Inara go deep undercover to locate their old friend at an Alliance headquarters while Mal finds his new partnership may include more than he bargained for!