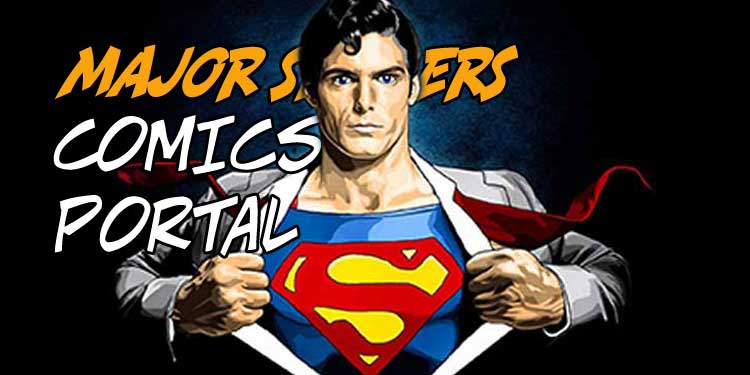 COMICS PORTAL: How ‘Real’ Should Comics Get?

A friend of mine was telling me just how much he doesn’t like it when “real life” people appear in comics books. He prefers they stick to fictional presidents, actors, and even celebrities.

That got me thinking, so let me share my thoughts on this subject with you.

ics readers I know, myself included, like storytelling that isn’t time-locked. I think it’s perfect when settings are devised that means you could pick up and read a comic book years from now, and it would still be “relevant” to this time.

However, it’s often been a big deal in comics when a hero meets a current, real-time president.

For instance, when Superman met John F. Kennedy, that was something remembered fondly to this day. Also, a Spider-Man comic featured Barack Obama on itscover a few years back, and sales went through the roof.

Sadly for comics, though, things change all around us and in us. It won’t be long before Mr. Obama will be back in private life, and that kicks the previously mentioned Spider-Man title into the “nostalgic” range. I can already hear people saying, “Yeah, it happened, but it’s now out of date.”

See, a lot of comics readers want stories to take place in a way that they could be read years from now and still be considered “timely,” as in, “I believe it can be happening now.”

You insert the current president, a well-known celebrity, or even comics creators, and you run the risk of making that comic “old news.” This year has been a rough one as far as celebrity deaths go, so any comic that has any of them in it will be dated. “Oh, I remember when he (or she) was alive, but that was a while back.” That makes your story relegated to the “past” when that happens.

I know, I know… from our perspective, it IS the past. But your story can be picked up and read by other fans even years from now if there are no indicators as to what year it was published. A lot of trades sell because they follow this principle.

I feel the same way when characters are drawn in a way that makes them resemble real-life people. One book had a guy look just like Patrick Stewart. I can understand doing that if you want to show TV or movie producers who you’d like to play any of the roles in your story, but it made me put on the brakes as far as the story goes. I found myself asking, “Is that supposed to be Patrick Stewart?” I was pulled out of the tale, albeit briefly, but I was interrupted anyway.

(Of course, I expect to see him in any Star Trek: The Next Generation comic, but that’s an exception to this rule.)

Every opportunity you give someone to put down your comic is a chance to lose readers who just are or might be potential buyers.

I’d rather stay in a story I’m reading, so I prefer it when people don’t look like a popular star or actor. Really and for true. If you want to put all that aside, and many do, to focus almost entirely on the person reading your comic today, you bring your story into the consciousness of “now,” as Marvel likes to put it.

I mean, in the scope of things, how many people actually DO read a story months or years after it’s published? You’ll have many more readers diving into it today than you will in the future, goes this reasoning.

A big fan of Patrick Stewart, to continue to use that analogy, if he or she sees his face in a comic, might make that person like it more. “Wow, they made this guy look like someone I know in real life! Cool!” my friends might say. “It’s happening NOW!”

The danger here is, though, that reality can change during the production process.

Not wishing anything bad on Patrick Stewart, but let’s say your comic has a character who resembles him. You write the story, the art and coloring is done, and you go to press, all of which takes time.

During the printing and delivery process, news hits that Mr. Stewart has moved on to the Enterprise D in the sky.

You really can’t afford to pull the comic from the press – that would cost you a boatload of money, not to mention the changes you’d have to make in the art before going back to press.

You’d most likely suck it up and let your book come out. Hopefully, you’d ride a wave of sympathy for him and for his fans.

But then you’re back to being out of date. And some folks don’t like it when you continue to use a star’s likeness after he or she has passed on. Sacrilege, they’ll cry! We want money from you, the person’s estate might demand!

BACK TO SHOW ‘BUSINESS’

I think it all comes back to this – are you going to make more money with a person’s likeness or appearance in your comic than if you don’t? Or will it make any difference at all?

I know that sounds crass, but it’s the bottom line here.

My opinion is: If you don’t need to do it, then don’t.

Yes, you might get some buzz out of it, but in the long run, it’s not going to impact sales unless it’s some special issue, a “first” or a biography of that person or something like that. Or it just might turn off some people. And we need every buyer we can get these days!

What do you think? Do you like it when comics include likenesses of real people? Or does it turn you off? Please feel free to talk about it in the area after this column! Oh, and no matter what holiday or holidays you celebrate, may they be happy and bring everything you hope for!