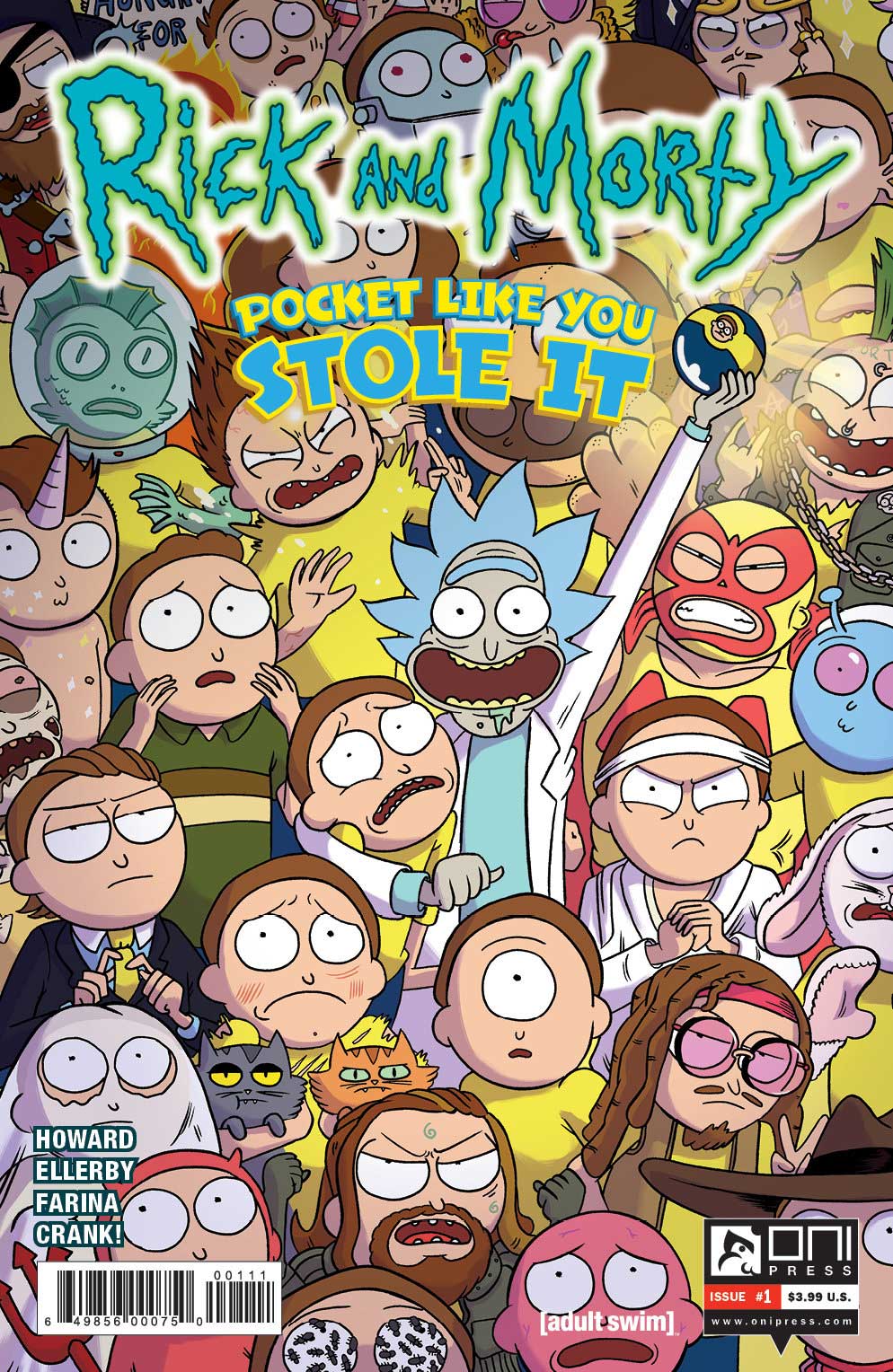 Good news, everyone! Oni Press has announced a new Rick and Morty mini-series coming your way in 2017!

In this five issue series, Morty is on a quest to free himself (and all the other Mortys) from the clutches of Ricks, who collect Mortys and force them to battle one another for schmeckles and glory. Along the way, he’ll discover the grisly history of Morty battling, the dastardly lengths that Ricks are willing to stoop to in order to win, and perhaps… the strength in himself that’s needed to free the Mortys once and for all?

If it sounds familiar, Rick and Morty: Pocket Like You Stole It is based on the Rick and Morty game, Pocket Mortys, available now on your mobile device.

Rick and Morty: Pocket Like You Stole It is written by Tini Howard with art by Marc Ellerby, and is scheduled to arrive on July 5, 2017.